What We Know About myClub In PES 2016 So Far

With just under two weeks to go before the big PES 2016 release, here is what we know about myClub in PES 2016 so far.

The new rumored player level system has now been confirmed. The players’ level is determined by experience points; at the end of each game your players will accrue these points and the game will let you know their current level and how many experience points they need to reach the next level. The levels are not just a nominal number – they directly increase your players’ attributes as seen in the screenshot below.

Another feature that has been confirmed, and that wasn’t expected, is the ability to turn players within your squad into trainers. It is a simple process whereby you select the player you want to become a trainer, then go to the training menu at which point you select what player you want them to train. Essentially this a way of removing a player from your squad whilst converting their experience points to a chosen player within your squad.

Also, it now seems the live update feature will change the form of a player via the classic PES arrows. Ronaldo on a red doesn’t even bare thinking about! At this stage it is unclear whether this change will apply to just myClub or both that and the normal mode. Having consistent stats though, assuming they have been set realistically in the first place, may prove to be a good decision from Konami.

It has been confirmed there will be players exclusive to myClub; maybe this will include the likes of Castolo and Ettori from past Master Leagues (the PES veterans will know) or alternatively legends from the past. Playing with Henry, Shevchenko, Rivaldo, etc would be a delight.

As can be seen in the below screenshot we also know there will be a player comparison system. This will show their costs, remaining contract and the strategy each player is compatible with. 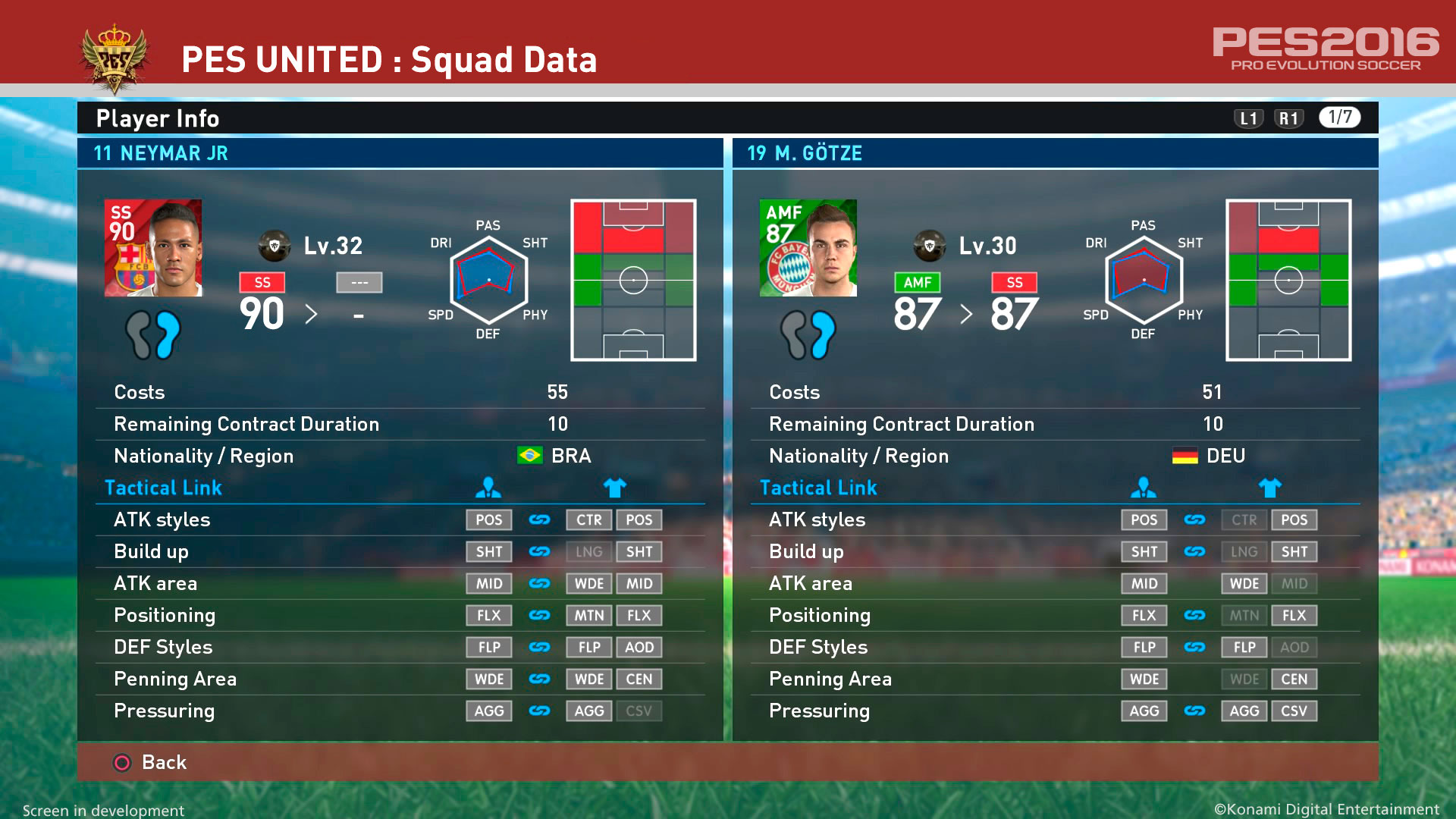 Other features that will remain the same is the signing of players; the classic white, bronze, silver, gold and black balls still apply and there will be daily bonuses for logging in once again. Competitions also remain the same with the exception of a new winner takes all tournament!

What are you hoping for? We still hope there will be a cap on the number of elite players you can have!

Check out the awesome official myClub trailer Konami have released: