There are two stages to an online PES competition: the qualification stage and knockout stage.

The qualification stage comprises of playing as many games as you can in one hour. Naturally the aim is to obtain as many points as possible. The 16 players who obtain the most points over three consecutive games will qualify the knockout stage. PES use a team ranking system whereby the number of players using a team is prioritised over the number a points a player gets. For example if two players who select Real Madrid both get 9 points but there are 15 other unique teams that get less points they qualify ahead of the second placed Real Madrid team. Each match in the qualifying round is 5 minutes long. 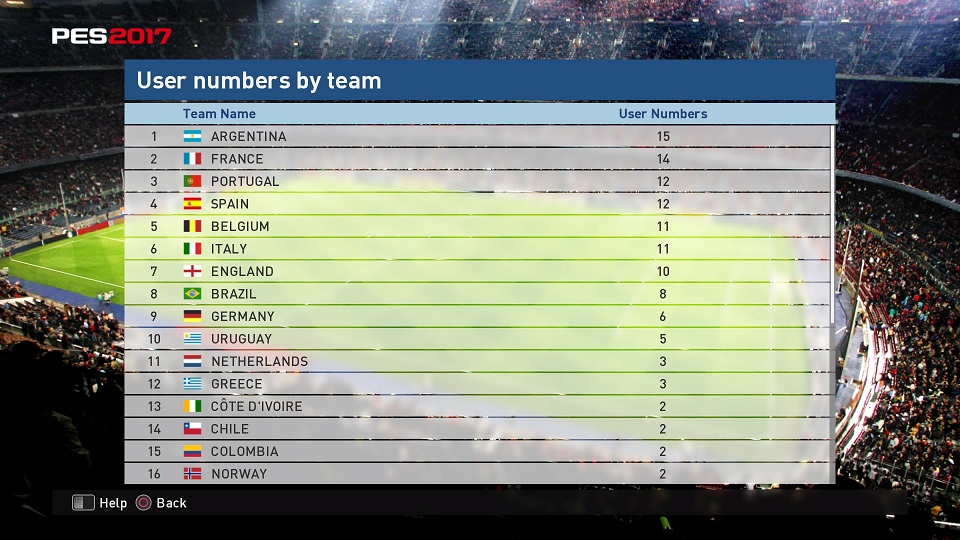 The knockout stage is a sudden death competition that starts with the top ranked 16 players from the qualification round. Subsequently, this goes through to the quarter finals, semi-finals and then final with the winner being crowned. The last 16 fixtures are determined by seeding which is determined by the qualification ranking. The number 1 seed will play the number 16 seed, number 2 vs number 15 and so on. Knockout stage games are all 5 minutes in duration and go straight to penalties in the event of a draw. The final differs from this as it is 10 minutes long and will go to extra time before penalties. 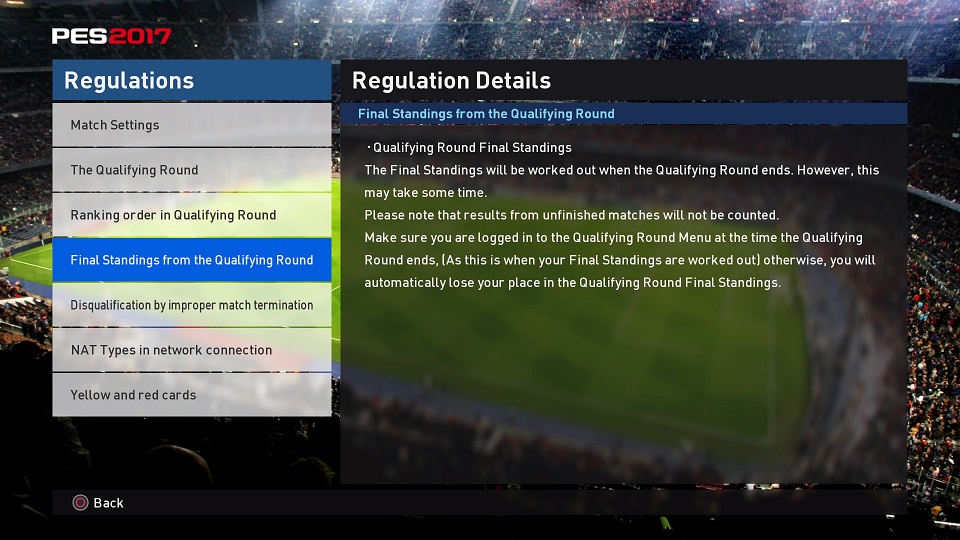 As mentioned above there is no need to change an already successful formula in the current format of online PES competitions. However, there can always be room for improvement. In this case the addition of new online PES competitions that are formatted differently to give PES players more options would be welcomed.

The 5 minute match competitions work well because the matches are quick fire and the entire tournament lasts around 2 hours. 2 hours is around the duration a casual PES player would want to commit to a competition. However, there are PES players who are perhaps a little more hardcore that would appreciate longer games so they can utilise a more tactical game and reduce the variance in winning/losing. One of these competitions every two hours would likely be a welcome addition to the list of online PES competitions. This format of competition shouldn’t replace the current 5 minute match duration competitions but compliment it.

A Champions League/Europa League competition where each team can only be used once would be an interesting addition. These competitions would only have 32 and 48 teams respectively. Much like the original competitions it would be a mixture of a league format and cup format. With the Champions League and Europa League licenses it would also add an element of increased realism. Another approach for this competition could be to include the preliminary qualifying rounds whereby the best 32/48 players qualify for the final competition. Team selection priority could be determined by seeding the qualified players where the top player gets first choice of team and so forth.

A sudden death knockout competition would be an exciting inclusion and would not allow anyone to even slip up once. Potentially, a competition with up to 256 players could be completed in less than two and a half hours. This would apply even with 10 minute matches where draws go straight to penalties. 128 player competitions even including extra time would likely take less than three hours.

A Daily or Weekly Elite Competition

A lot of PES players wish to play the best players on a regular basis. Whilst this isn’t always possible, having an elite competition would make that wish a reality. It could be set daily or weekly depending on the popularity. The competition itself could be of the regular format, Champions League format or something else entirely. Qualification into this tournament would be a requirement because this would ensure only the best PES players qualify. This qualification could come in the form of a ticket which you obtain by finishing in, for example, the quarter finals or above in the traditional competitions. Each time you manage this you get one ticket to use in the elite tournament. This would allow a forum that guarantees high level PES games and thus a prestigious competition to win.

If these competitions were included in the PES 2018 competitions then it would only further Pro Evolution Soccer’s standing as the leader in online competitions. There are plenty of other changes and improvements that would be welcomed in PES 2018. You can read our PES 2018 wish list here: https://pesmyclub.com/pes-2018-wish-list/