After accelerated speculation over the last couple of weeks PES 2018 was officially announced this morning. It is scheduled to be released on September 14th 2017 and will available on PC, Xbox 360, Xbox One, PS3 and PS4. Furthermore the PC version will match the quality of its PS4 counterpart.

Some PES fans believed PES 2018 would simply be an improved iteration of PES 2017, mainly due to the success of PES 2017. Today’s announcement indicates this is simply not true. Konami have stated there will be changes across the board. Gameplay, graphics, animations, new modes and even new presentation are all elements that have been altered for PES 2018!

Biggest Takeaways from PES 2018 So Far

Here are what we believe to be the biggest takeaways from today’s PES 2018 announcement:

Konami have highlighted 7 new features that PES 2018 will offer. The below come straight from the official PES 2018 website.

The world renowned gameplay quality has been finely tuned and refined to recreate the authenticity of the beautiful game, including a more realistic game speed. Strategic Dribbling gives the user significantly more control in possession, with the addition of contextual shielding to protect the ball, as well as simple stick controls triggering realistic, subtle movements to wrong foot defenders. Real Touch+ adds a new dimension to ball control, with full body touch allowing various parts of the body to control the ball based on the unpredictability of the ball movement. Set pieces have been reworked with a new Free Kick and Penalty Kick system, alongside the option to choose the new one player kick off.

Realistic visuals recreate the authenticity of football, all the way down to the finer details thanks to Real Capture. The benefits include true-to-life stadium lighting for day and night matches, pitch turfs and player tunnels that were recreated from more than 20,000 intricate elements of genuine data that was collected at the Camp Nou and Signal Iduna Park.
Players have been motion captured in equally realistic environments, allowing for a complete rework of the animation system, starting with core movement such as walking, turning and body posture. Additionally, player models have been completely changed, with special attention paid to kit fitting and short size. Players photo scanned from partner teams will receive full body tattoos.

A new mode dedicated to 2v2 and 3v3 co-op play, with support for local guests. Play together with friends, take your team to the top or simply have some fun via one-off casual matches.

New UI for all menus and real player images for gameplan screen and myClub, as well as new in-game presentation giving the game a new broadcast feel.

There have been several screenshots released along with the PES 2018 teaser trailer. Here are some of the officially released ones and they are stunning! 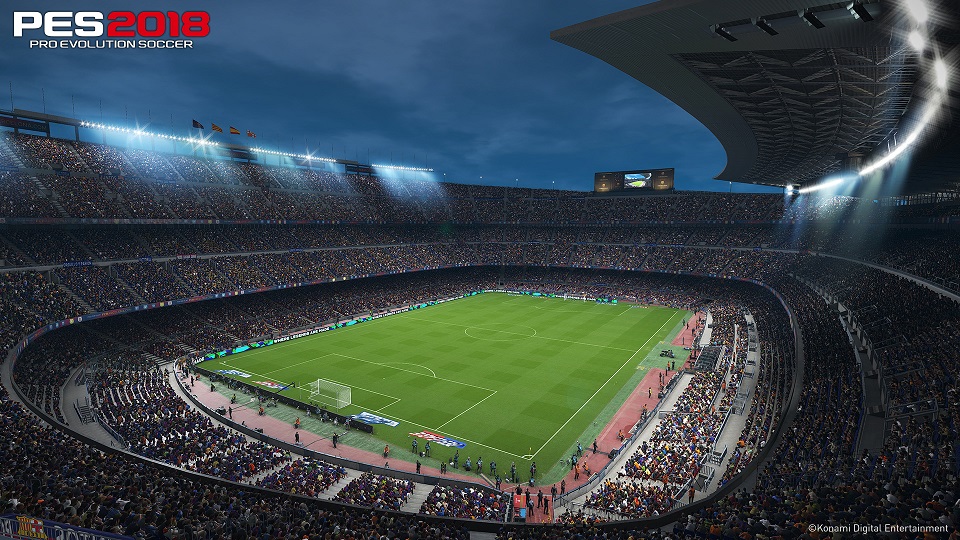 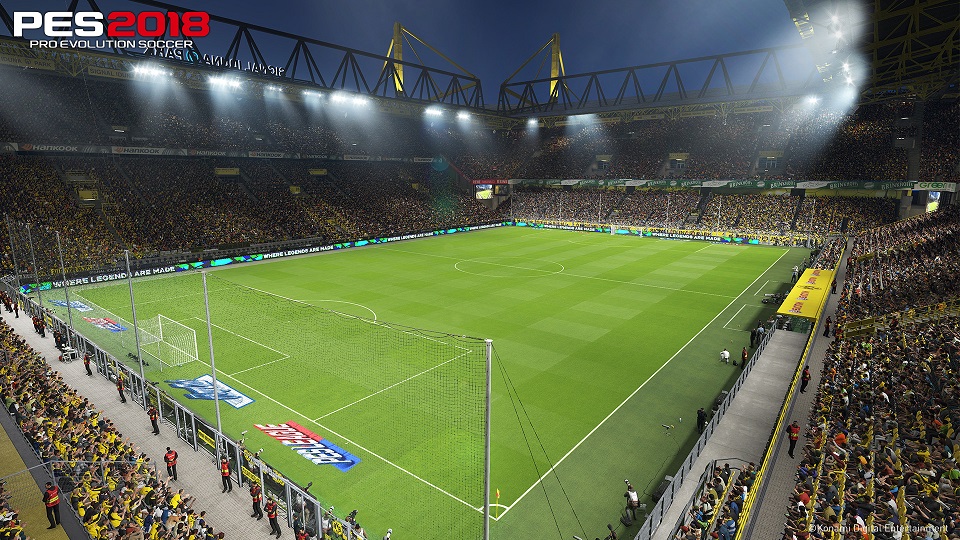 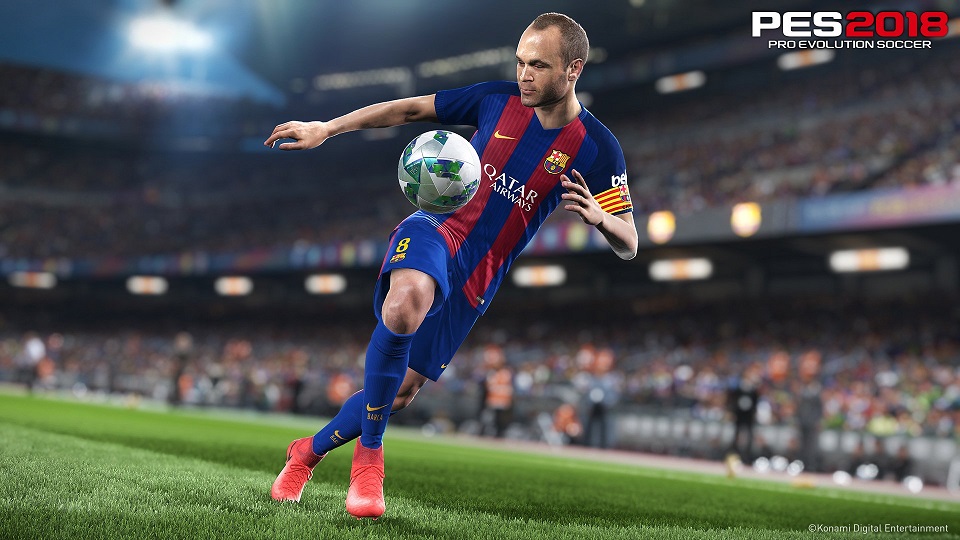 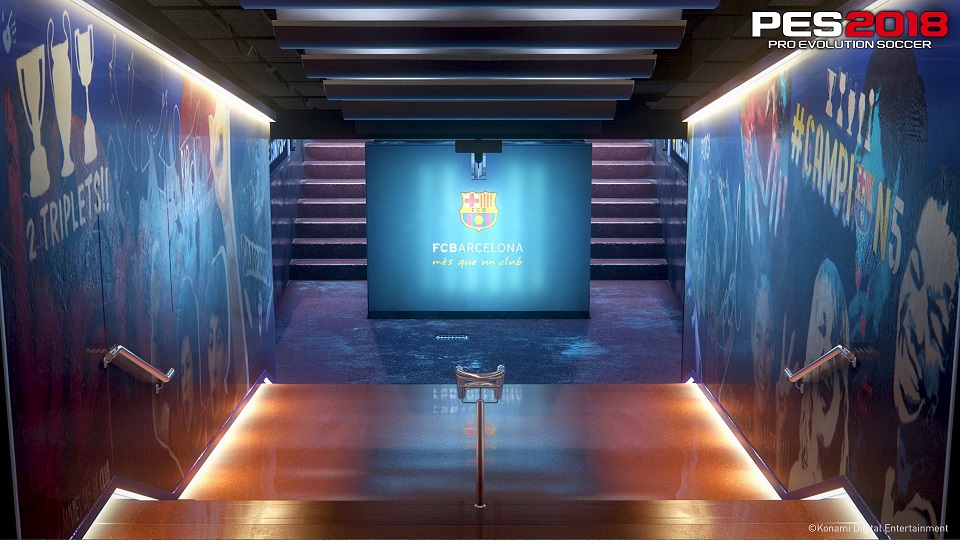 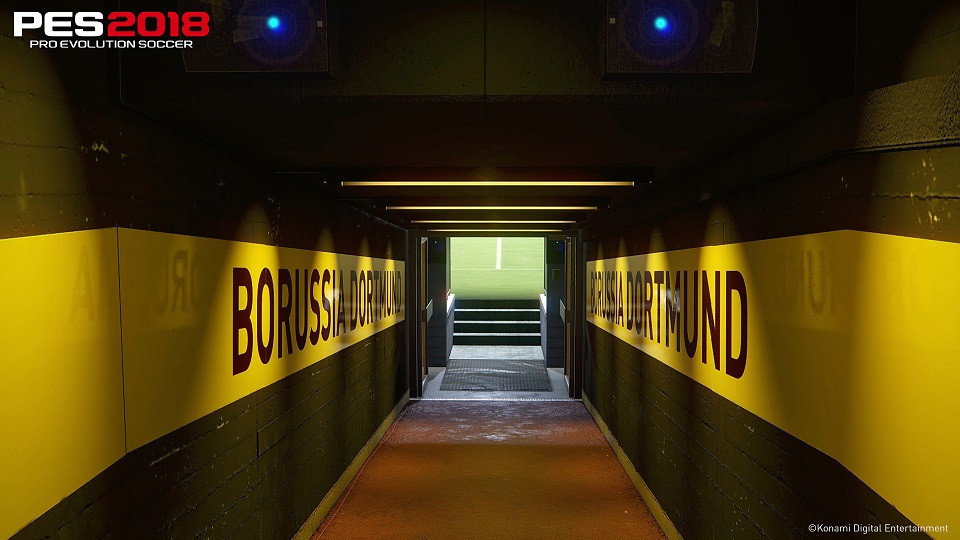