myClub Scouts are a new feature in PES 2017 which allow you to target specific players. In PES 2015 and PES 2016 signing players within myClub was totally random for the pool of players an Agent offered. Top Agents and Special Agents are still a part of PES 2017 but the scouts now allow you to take the random element out of the equation.

There are several different types of scout. Each of these can only be used in any given combination of scouts once: 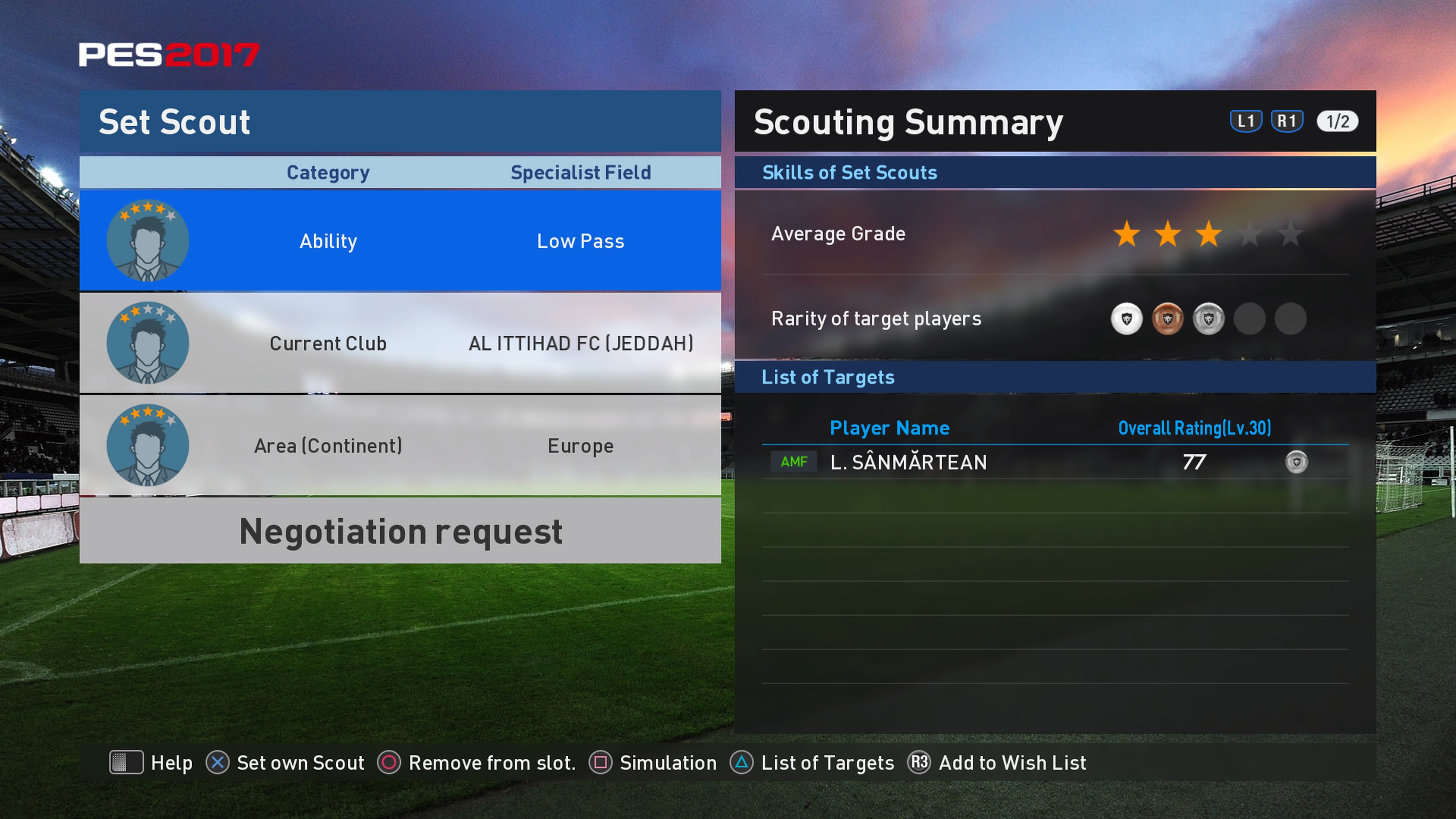 The strength of the myClub scouts is determined by the number of stars that scout is. This ranges from 1 Star to 5 Star with the latter naturally garnering better players. Each of these scouts allow the following players to be acquired: 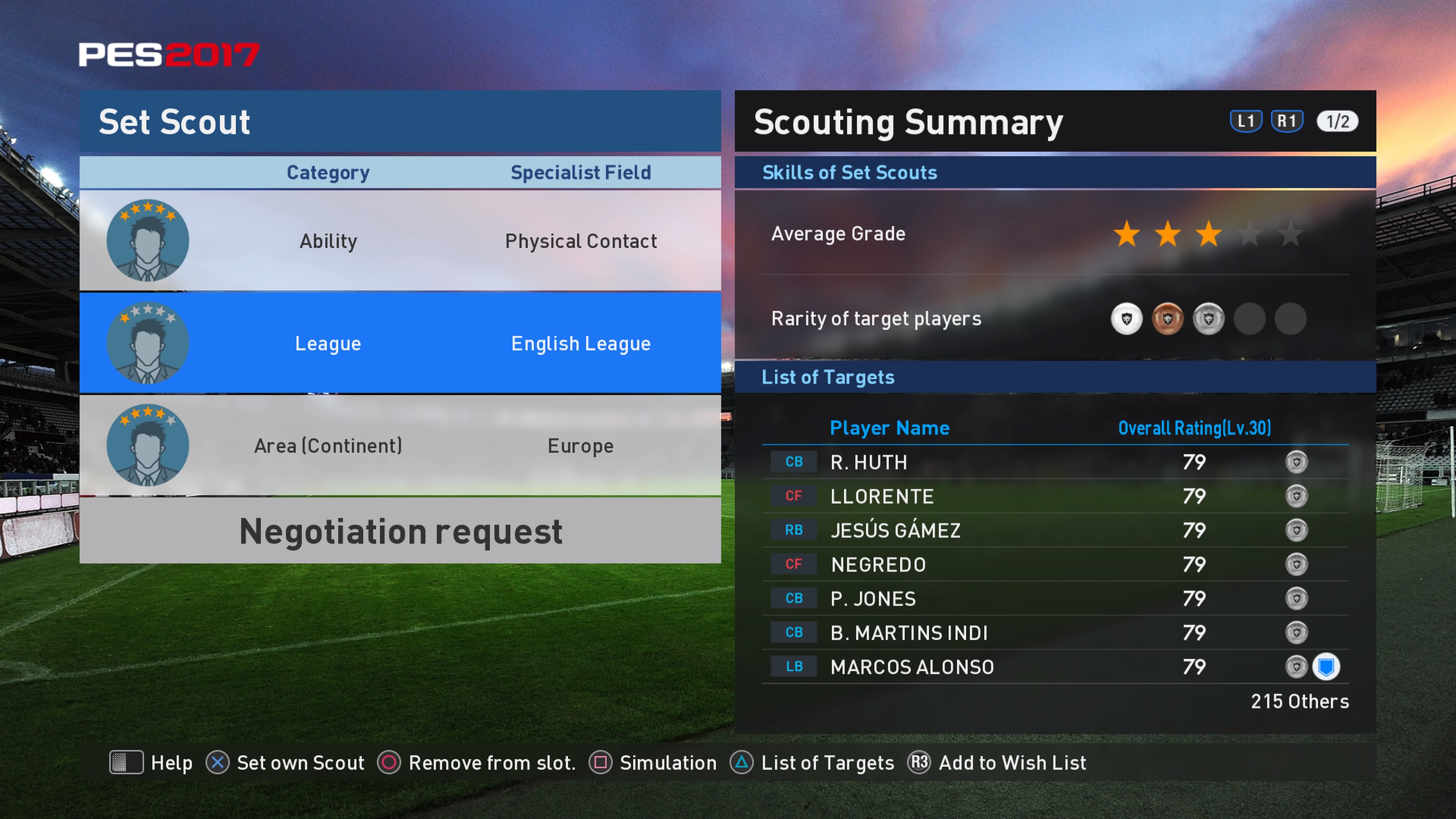 In this scenario the accumulated stars is equal to 10. As there are three scouts we divided 10 by 3 which gives us 3.33. As a result this was rounded down to 3 and therefore the highest player we can obtain is a Silver Ball (3 Stars).

The final round differs in that each person eligible to bid can only do so once and that bid is not visible to others. In the event two people bid the same it will be the person who bid first that wins the Scout. Once again all bids other than the final winning bid will be refunded. 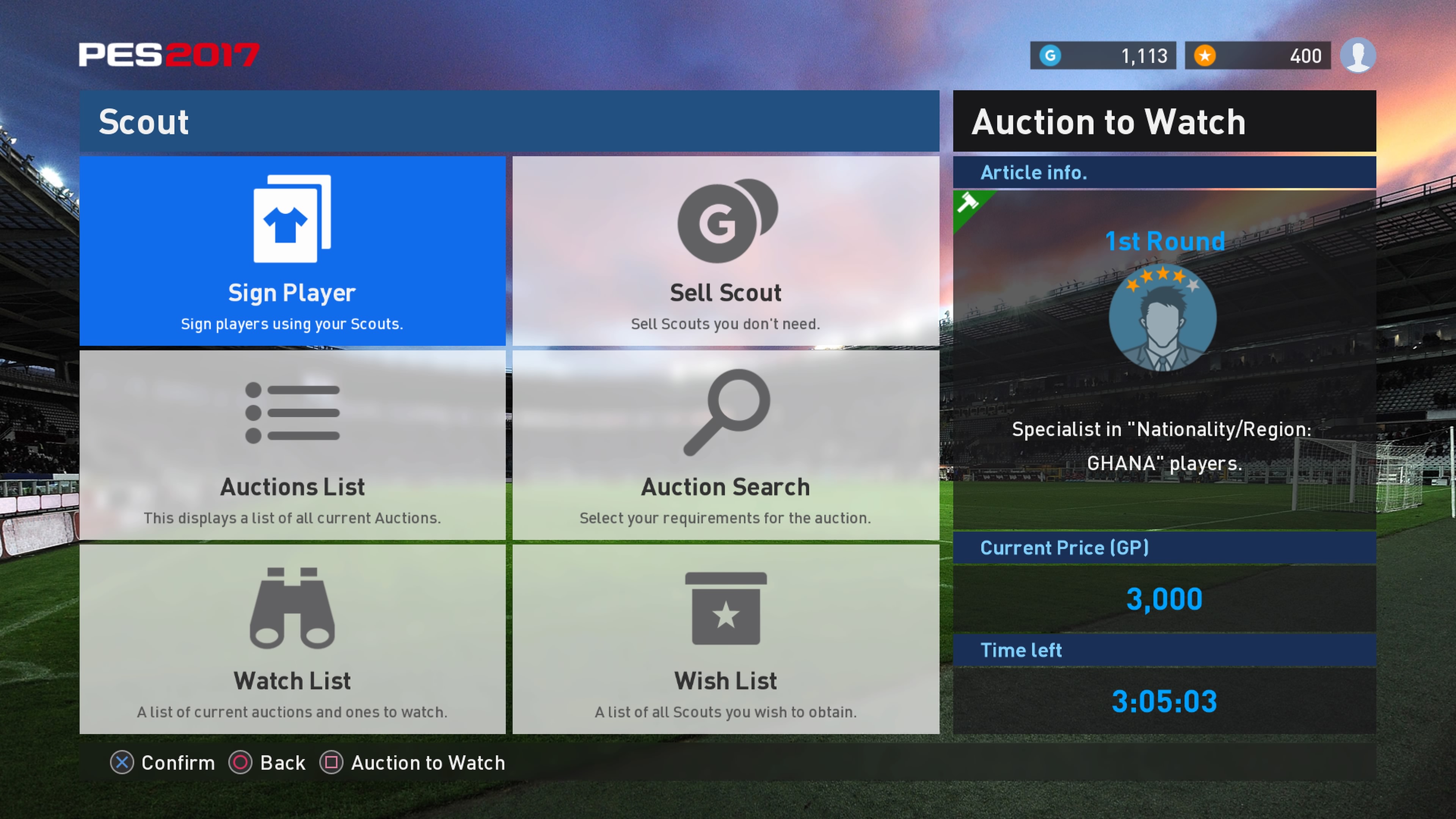 Nobody wants to spend more GP than necessary. There are a few subtle ways to optimise on the GP you spend. As a lot of myClub players can testify GP can sometimes be tight so not wasting any is imperative. Here a few tips that can save GP over the long term: 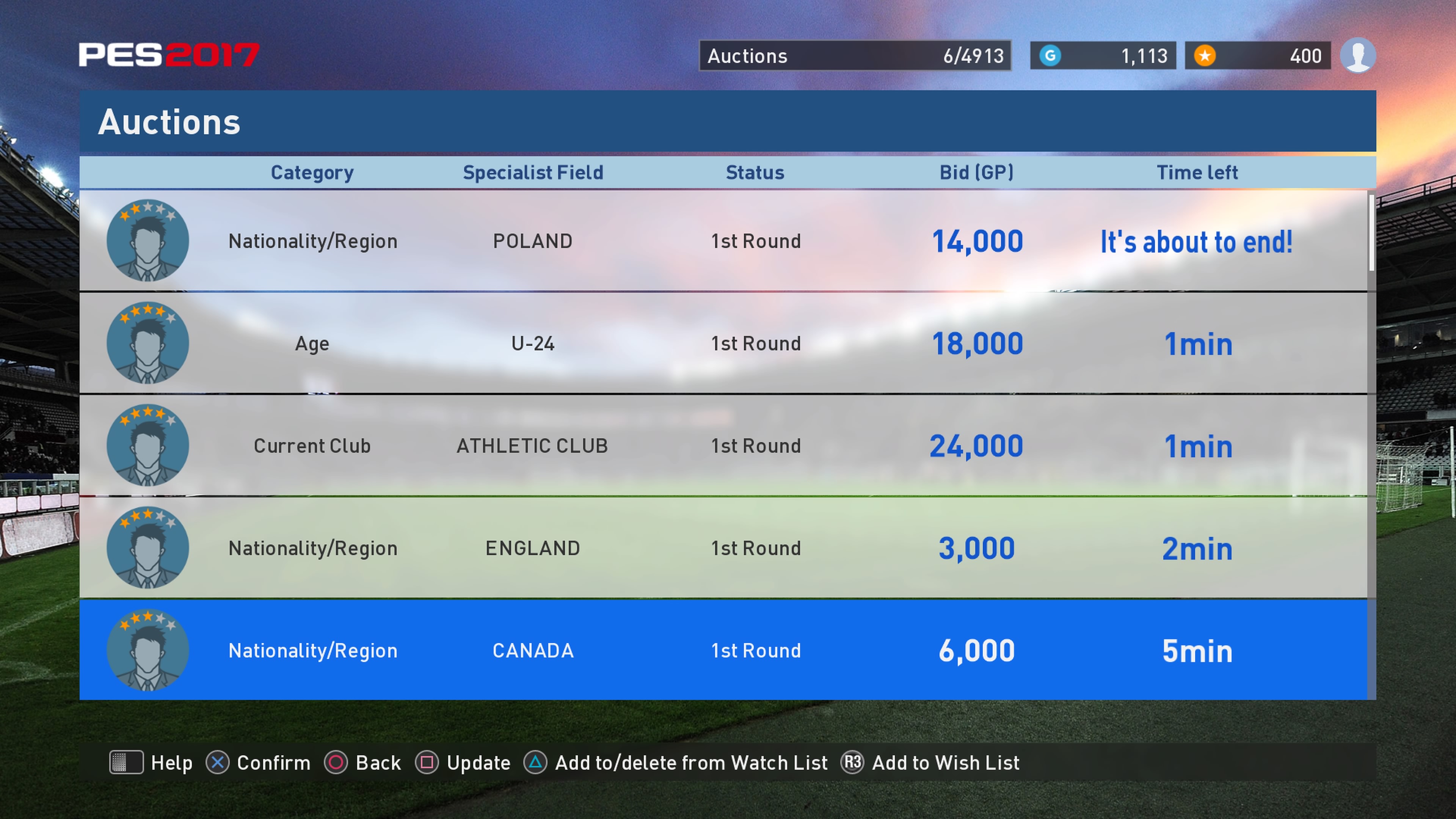