With the release of PES 2017 on 15th September we now have a release date for the eagerly anticipated demo – 24th August. The demo will be available on PS4, PS3 and Xbox One. Unfortunately for those relying on an Xbox 360 or PC demo they will have to wait until the full release. Further PES 2017 details keep coming as the big news with the PC version not having a demo is because a new anti-cheating system is being worked on. The demo will include two stadiums to play in and 9 teams to play with: 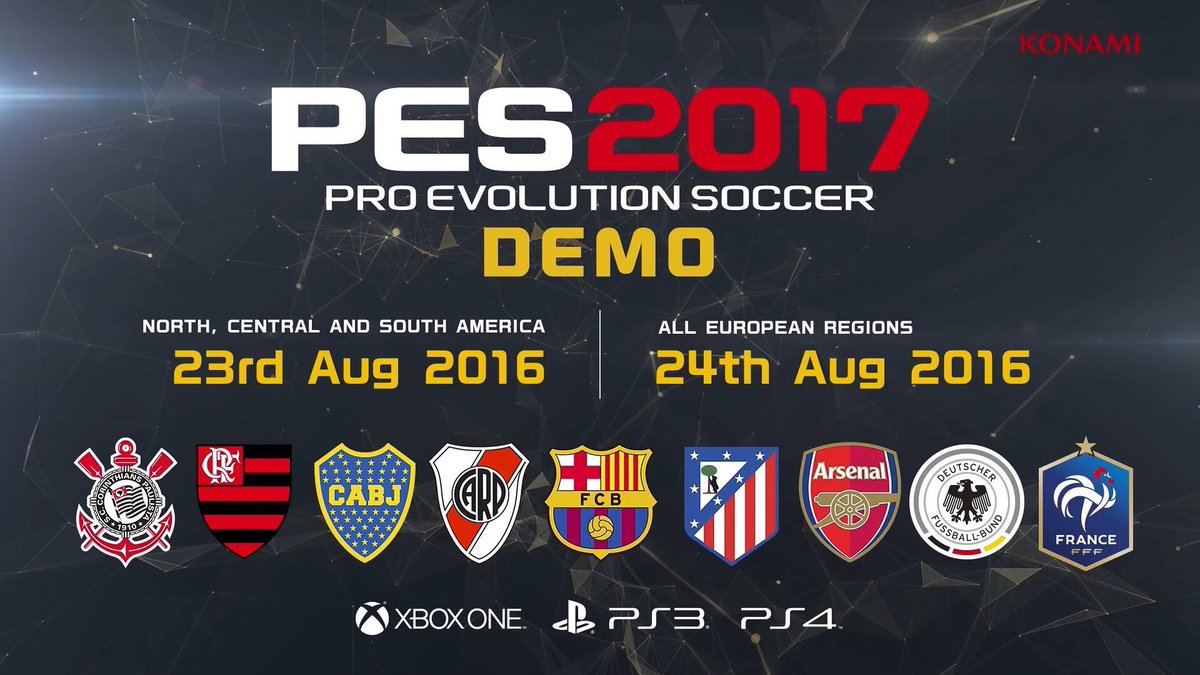 Most relevant to PES fans are the other teams that will include the official club badge and team name. As a result Konami have attempted to get as many teams on this list as possible. Consequently the following teams have been confirmed: Arsenal, Atletico Madrid, Benfica, Bayer Leverkusen, Schalke, most of the Italian League (other than Juventus), the entire Dutch League and the entire French League.

Anfield along with a Walk Alone stadium introduction and Westfalenstadion will be available in a free update after PES 2017 is released.

Check out the latest PES 2017 trailer from Gamescom which shows the latest partnerships and licenses in action:

For a full review on the latest PES 2017 gameplay click here: https://pesmyclub.com/pes-2017-second-build-gameplay-review/