There are various basic attacking instructions and defensive instructions you can set on PES 2017. All of which, along with their descriptions, have been listed below. Before that however, these are the general settings the average online PES 2017 player utilises:

The natural tendency for most online players is to counter and attack very quickly and directly. A lot of the more advanced and better ranked players will use a short pass build up but the majority will try and play long balls over the top. Defensively, players tend not to be very patient. An aggressive frontline pressure tactic is often used. These tactics tend to come from a place of wanting to score a lot of goals and retrieve the ball quickly, as opposed to a thought out optimal path to victory. 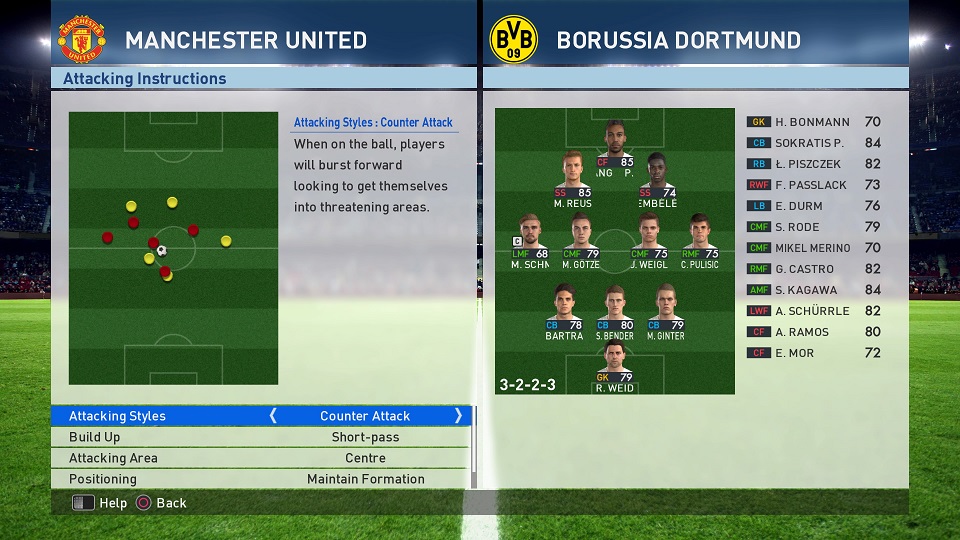 When on the ball, players will burst forward looking to get themselves into threatening areas.

Players look to retain possession when there is little space. Any available teammates will then provide the necessary support.

Direct playing style involving long balls being played to the front line. Players will pull away opposition players to create space and once a long ball hits its target, they turn to provide support to the attackers ahead of them.

Break down opposition by out passing them all the way up the pitch. Players keep themselves at a certain distance to create more space for passes.

Team attacks mainly from out wide. More passes are played in the wings during build up.

Team attacks mainly through the middle. More passes are played in the central areas during build up.

The higher the level, the more players tend to spread themselves out when looking to receive passes. 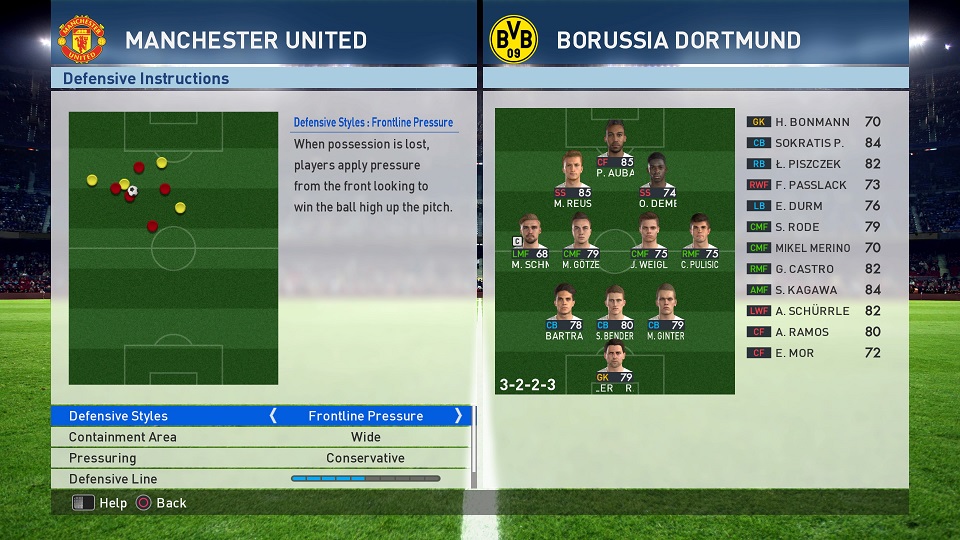 When possession is lost, players apply pressure from the front looking to win the ball high up the pitch.

When possession is lost, players drop back into their own half and form a defensive wall.

Form a defensive line that cuts out all avenues for forward passes, then force the opposition players towards the middle where the team can defend in numbers.

When defending, make the opposition players go out wide and then defend in numbers when they try to play forward passes.

The first defender will move in and close down opposition attackers, trying to win back the ball.

The first defender will hold up opposition attackers by keeping them at arms length rather than move in and risk being beaten.

The higher the level, the further up the pitch the defensive line will be.

The higher the level, the more compact (central) the team’s overall shape becomes when defending.

Try Attacking/Defensive Instructions For Yourself

You can play around with these instructions to see what suits your style of play best in exhibition matches or versus mode before getting online. For those who haven’t come across the new versus mode yet, check out this article: https://pesmyclub.com/pes-2017-versus-mode-player-statistics/