There are a group of people who remain adamant they will not play PES because they don’t have the licenses FIFA do. In itself this stance really isn’t rational as it is the ability to simulate a real match of football that a football video game should be judged on. Regardless, they are entitled to their opinion.

Fortunately, with the introduction of edit mode on the PS4 counteracts Konami not having certain licenses, the Premier League being the biggest omission, they can essentially be created. Savvy PES fans will of course point to the fact that custom leagues, kits and players could be created on previous versions of PES but it is now easier to do so. In short you can take already existing leagues, teams and players on PES 2016 and edit them to reflect the missing licenses. Communities such as pesuniverse.com and pesworld.co.uk actually provide various leagues’ kits, emblems and managers to make the process even easier.

We will now go through how to make your copy of PES 2016 include the Premier League and any other unlicensed league that takes your fancy.

First of all download the emblems/kits that you want from either PESUniverse or PESWorld. Then, put in a USB stick (this must be EXFAT or FAT 32) and then put all the downloaded image files into a folder entitled “WEPES” on that USB drive. Put the USB stick in your PS4. This is the only work you need to do outside of PES 2016 on the PS4.

Now, load up PES 2016. From the main menu go to the last page and click “EDIT”. To get the files onto your PS4 go down to “Data Management”, then “Import Images”. Firstly we need to import the team emblems so select this option. Select “Import selected images” and tick all the emblems you want loading. Once completed go back and select “Import Images” again and do the same for the teams’ kits (or strips). You now have all the images you need to set up your new league and the teams within it. 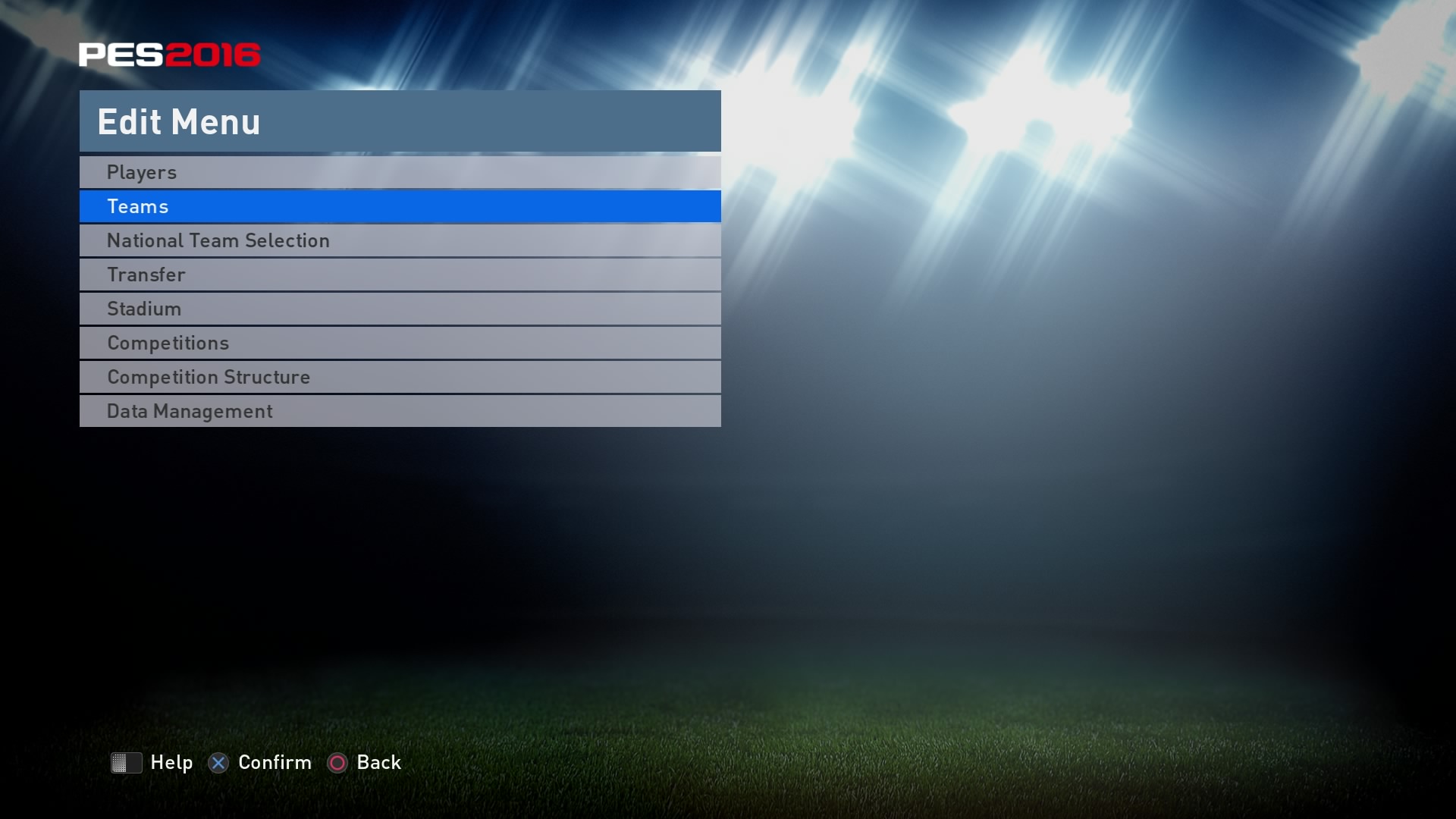 At this point you will need to go to the main edit menu and select “Teams”. We will take the English League, soon to be Premier League, for an example. Click the English League and you will be presented with the list of 20 teams. Individually go through each of these teams, click “Emblem” and change it to the relevant team. It should go without saying but on each team you will also need to change the team name. All 2o emblems changed and teams named? You can now move on to the team strips.

Setting up the kits is similar to the emblems. On each team click “Strip” and then “Outfield Player’s 1st”. Go down to “Paste Image” and select the relevant kit. After this click “Markings” and make sure you change the colour of the player’s name text and number so you can see it. Do the same for the team’s 2nd strip and goalkeepers strip. Tip: before pasting an image (loading the kit) go to “Markings” and remove the shorts number, a lot of the team’s shorts number will cover the kit logo. In the image below, if the shorts number were showing it would cover the Puma logo slightly. 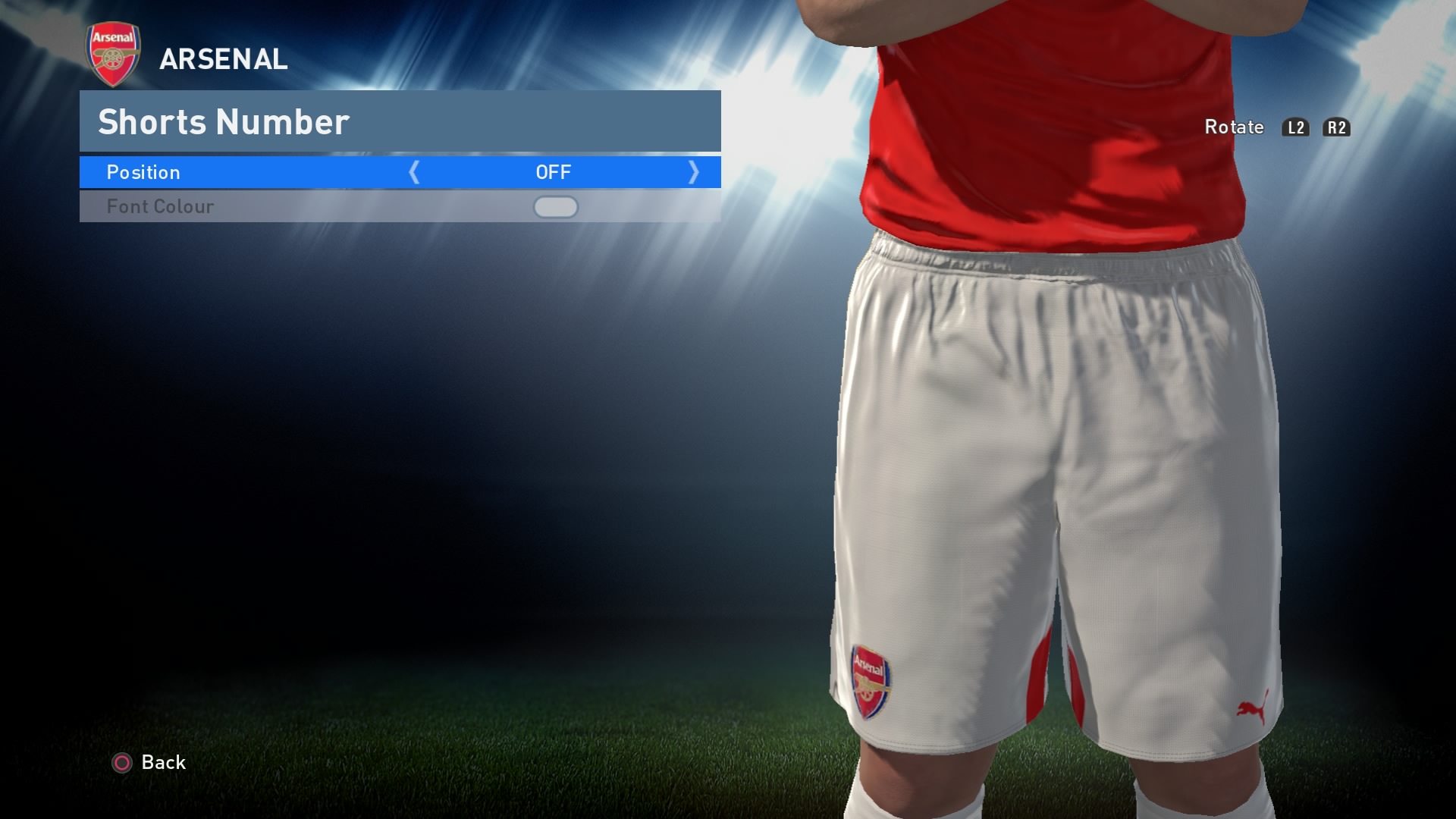 Once all 20 teams have been completed your new “licensed” league is finished. Go back to the PES 2016 main menu and of course make sure it saves! Now to all your friends who can’t wait to use the license excuse to dismiss PES and stick with FIFA you now have the perfect response.

Here are some examples of what the kits will look like: 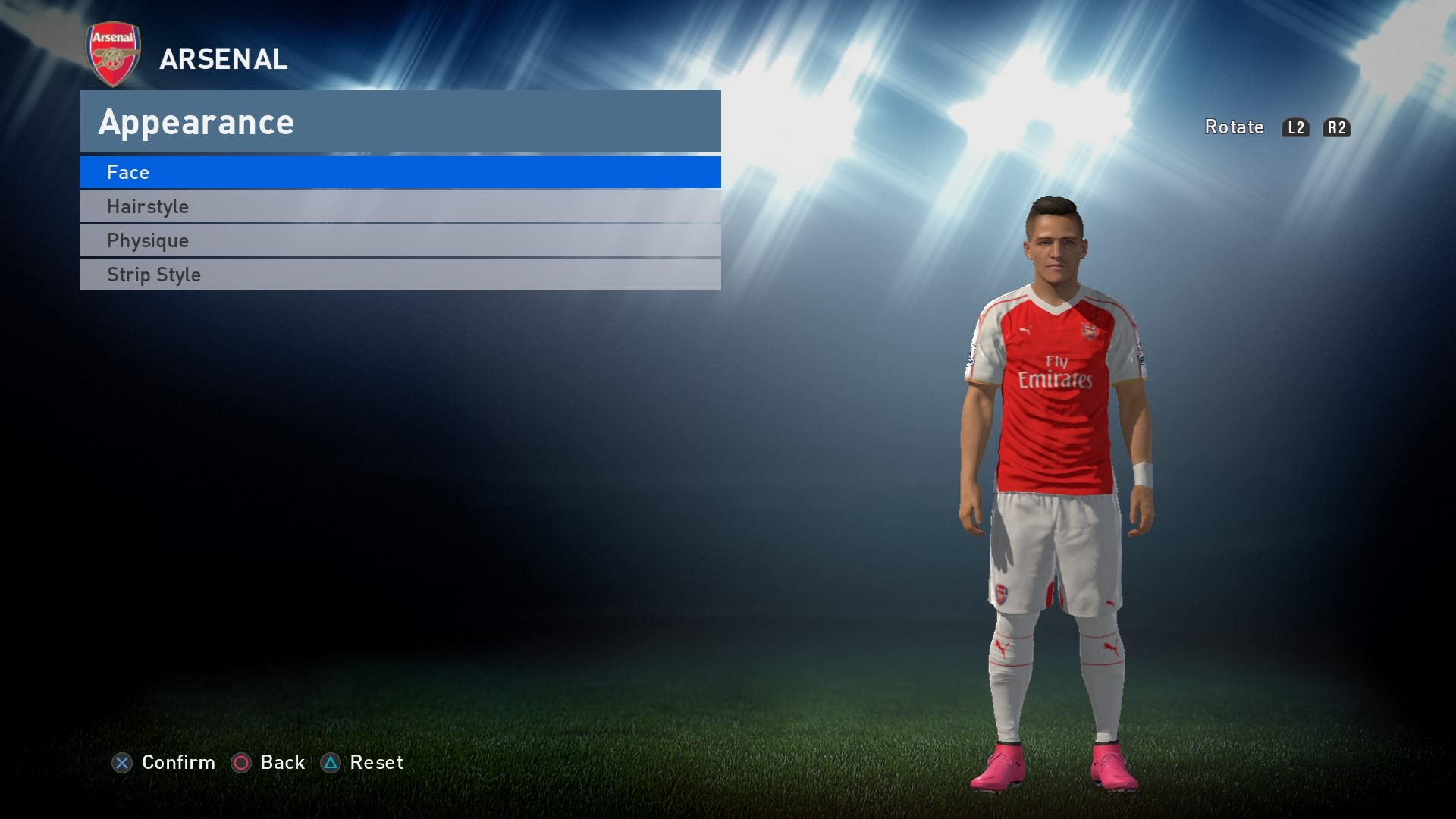 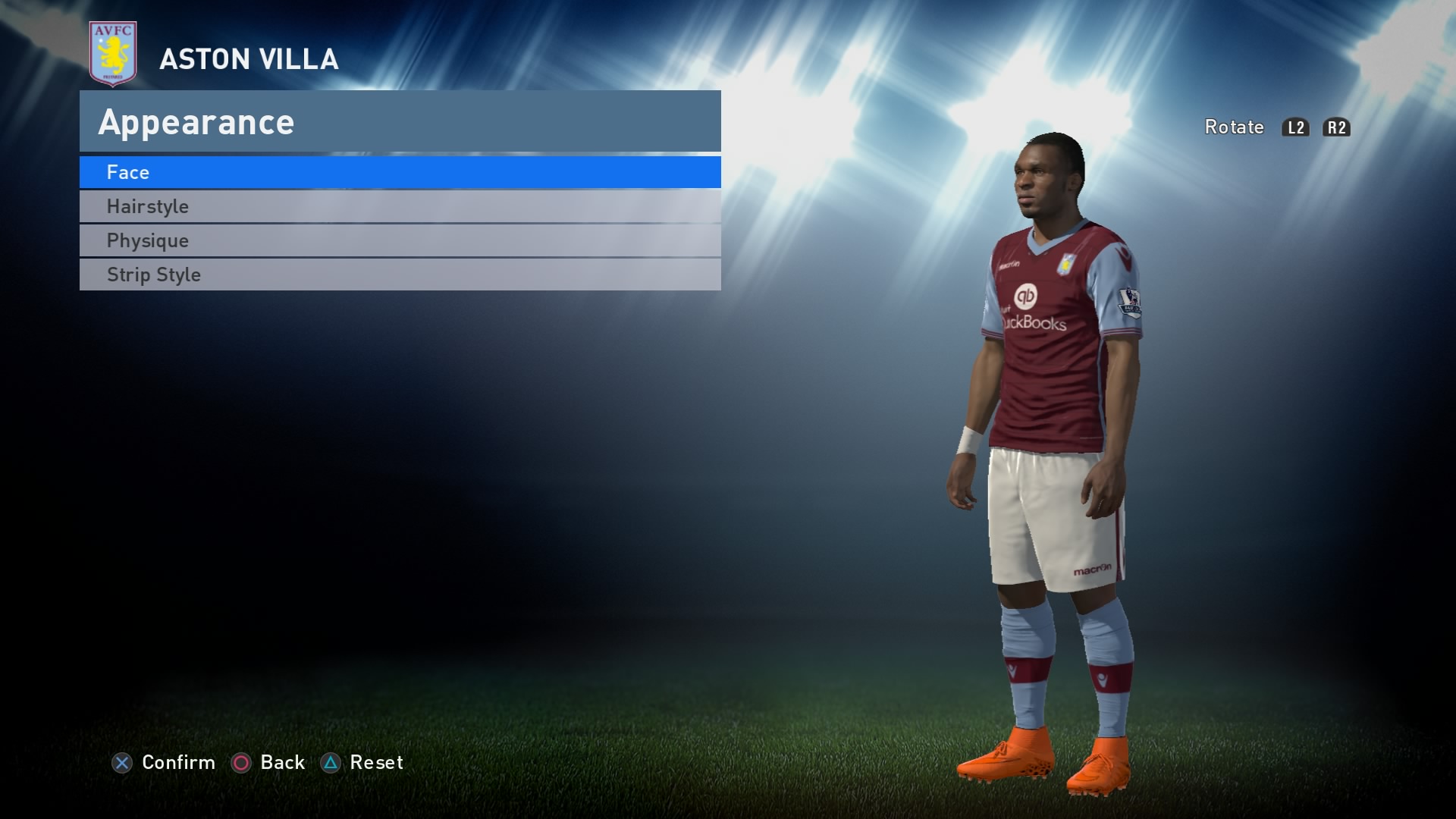 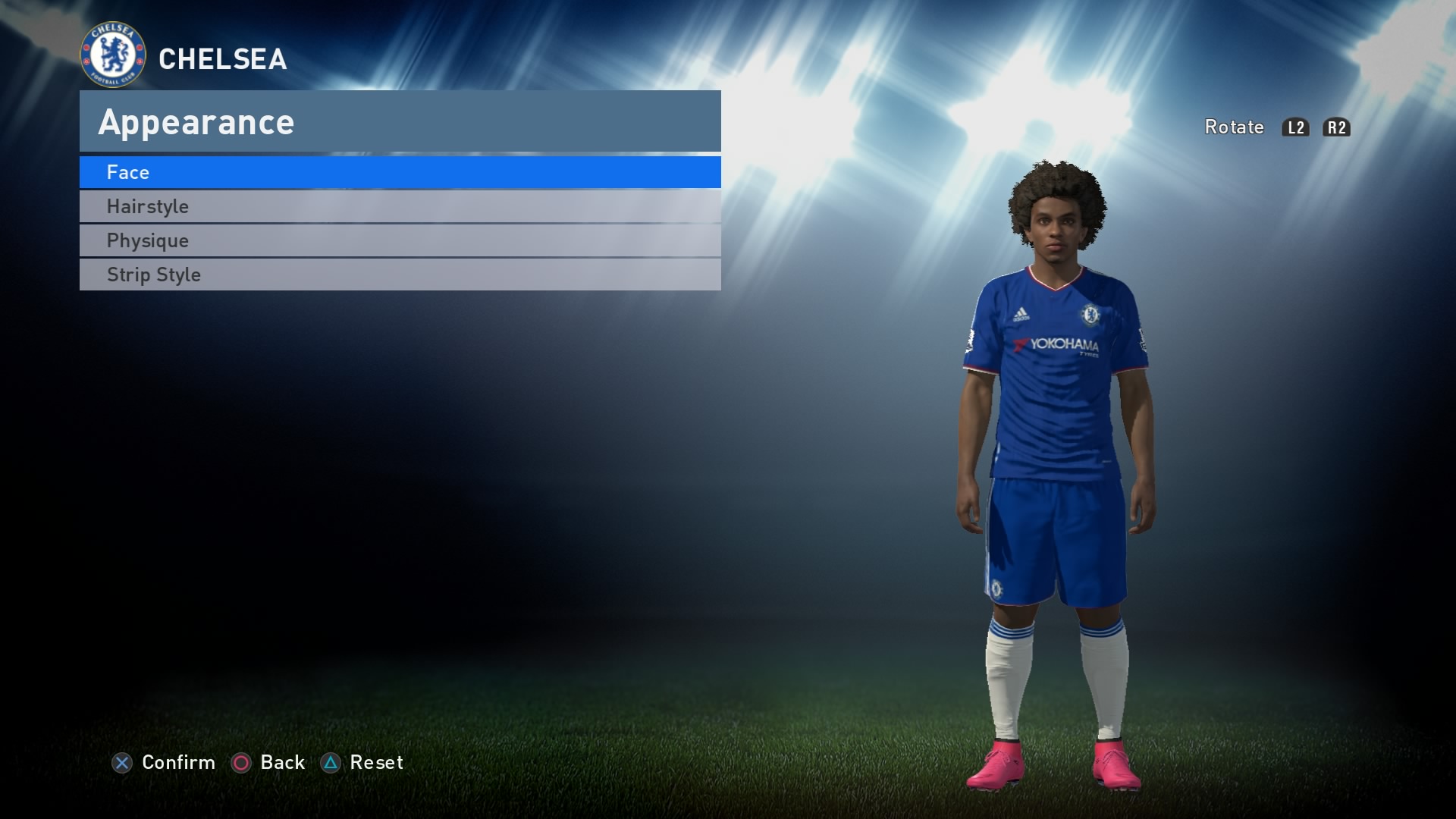 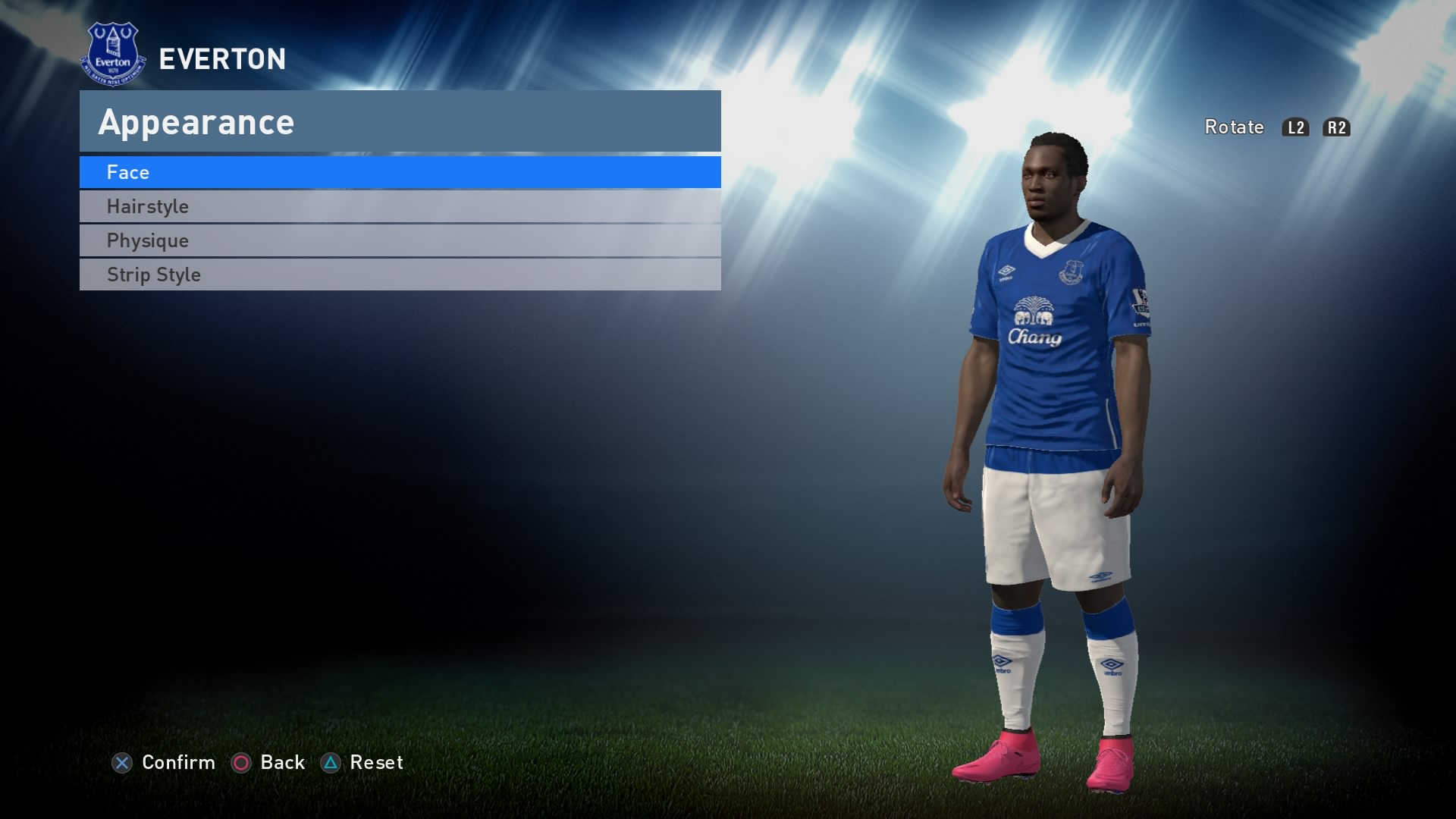 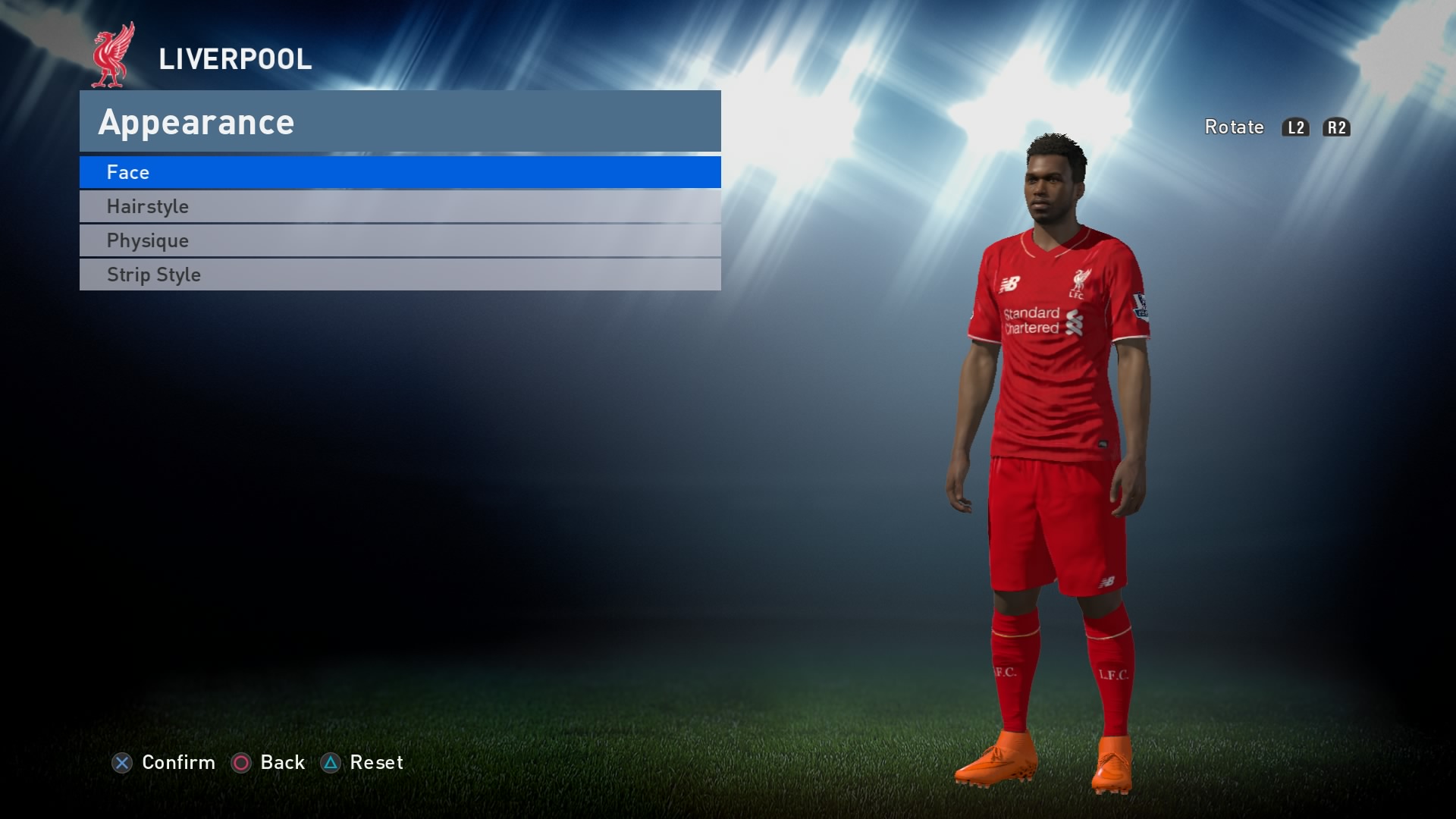 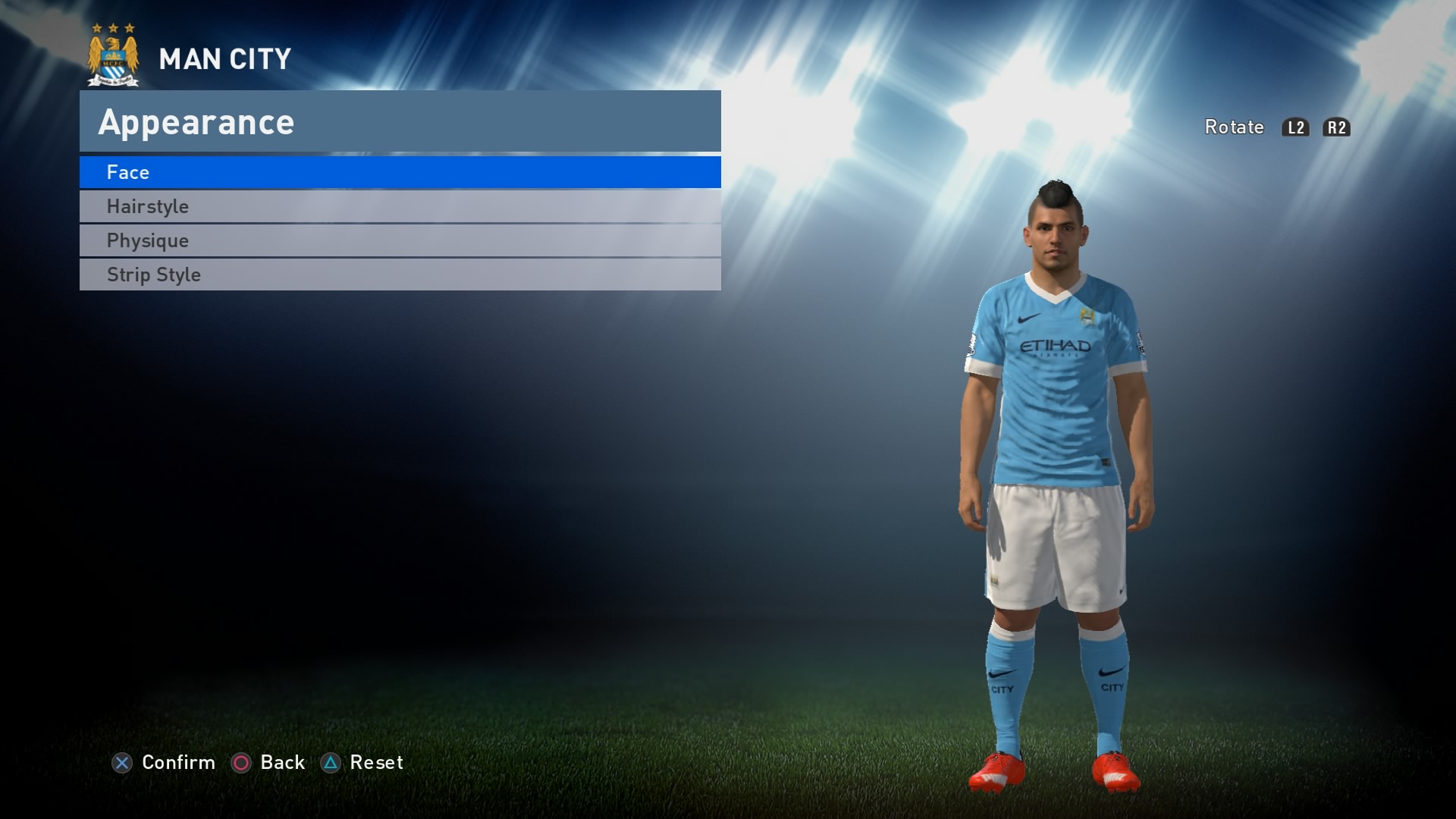 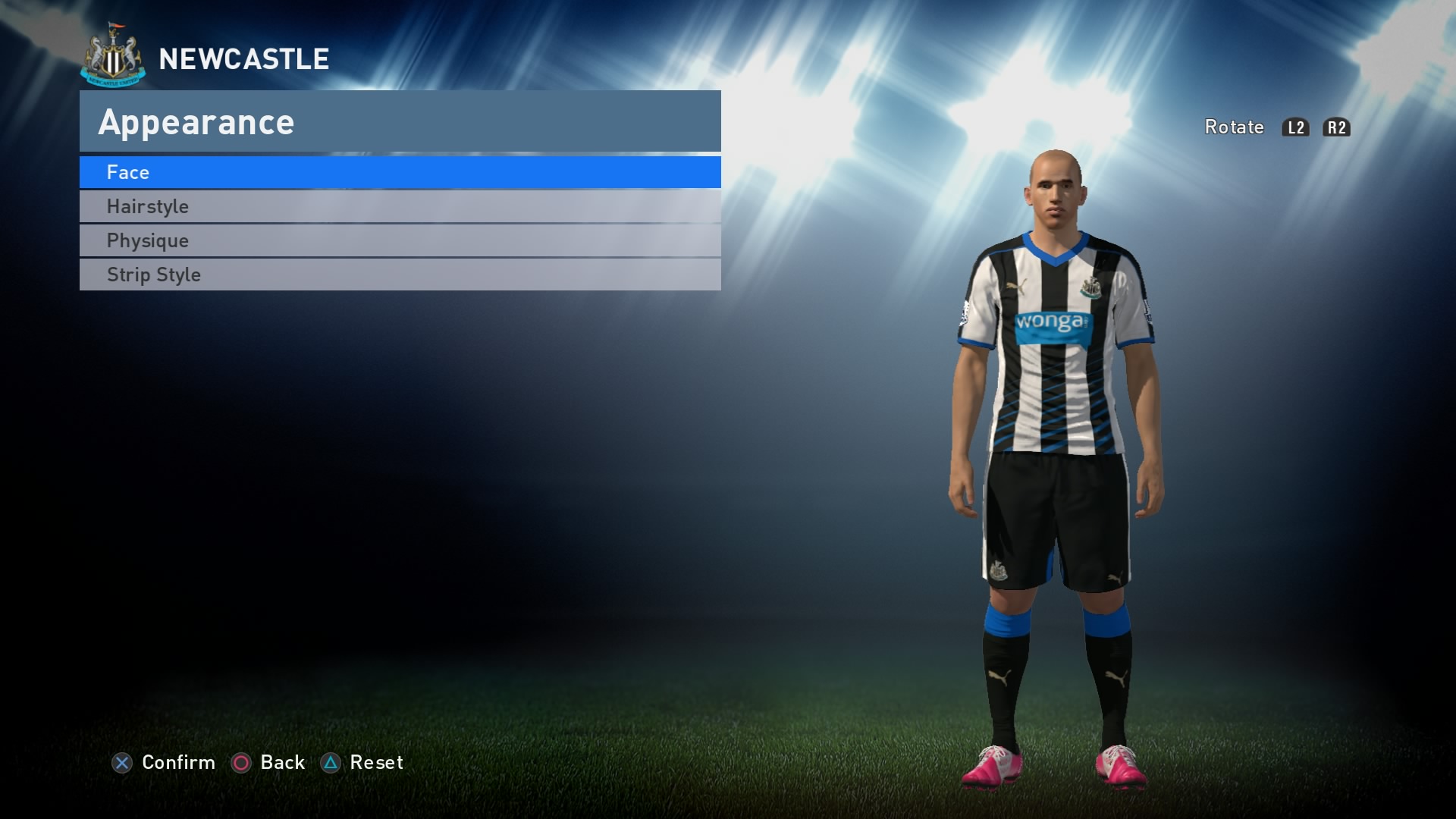 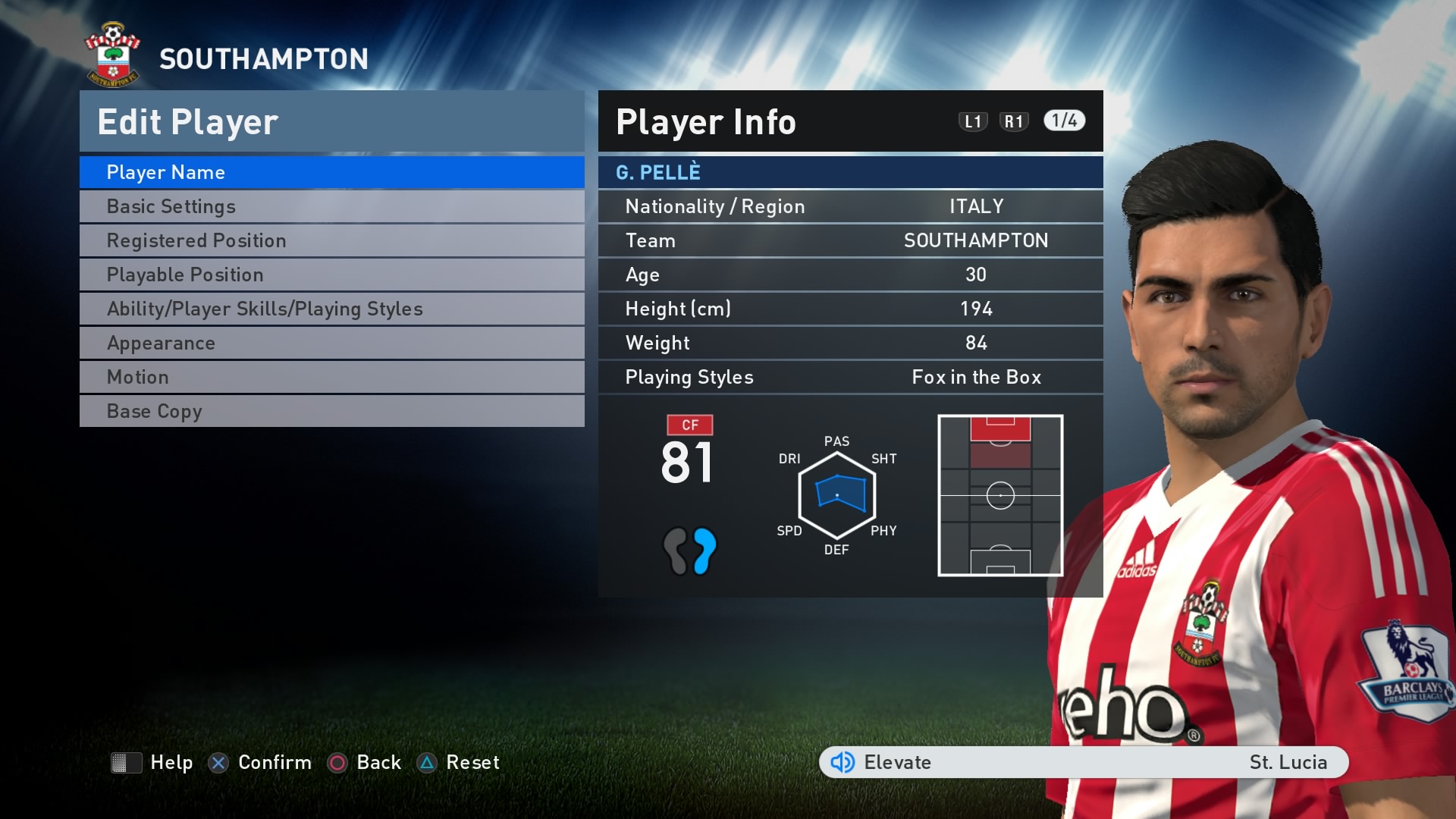 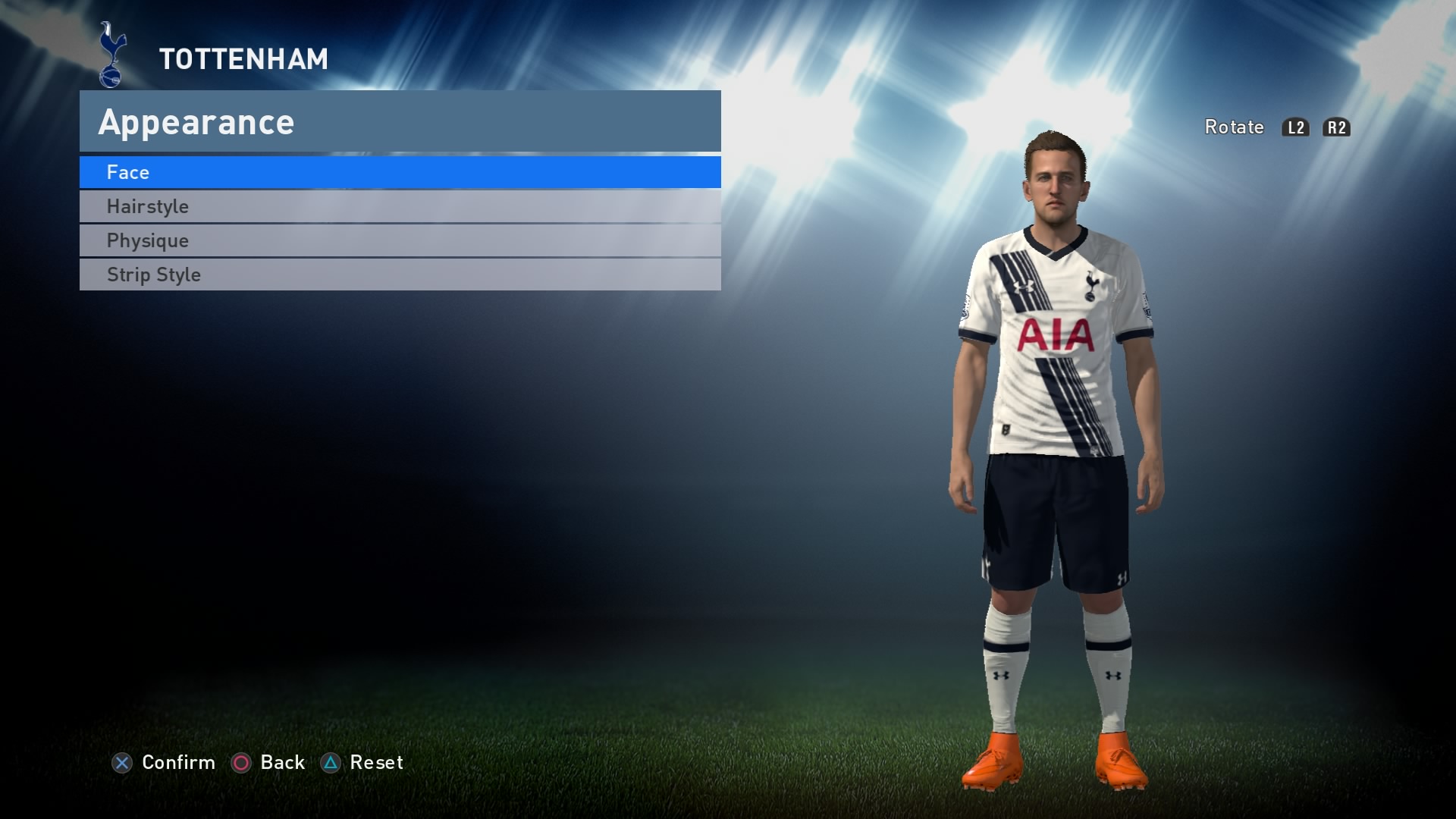 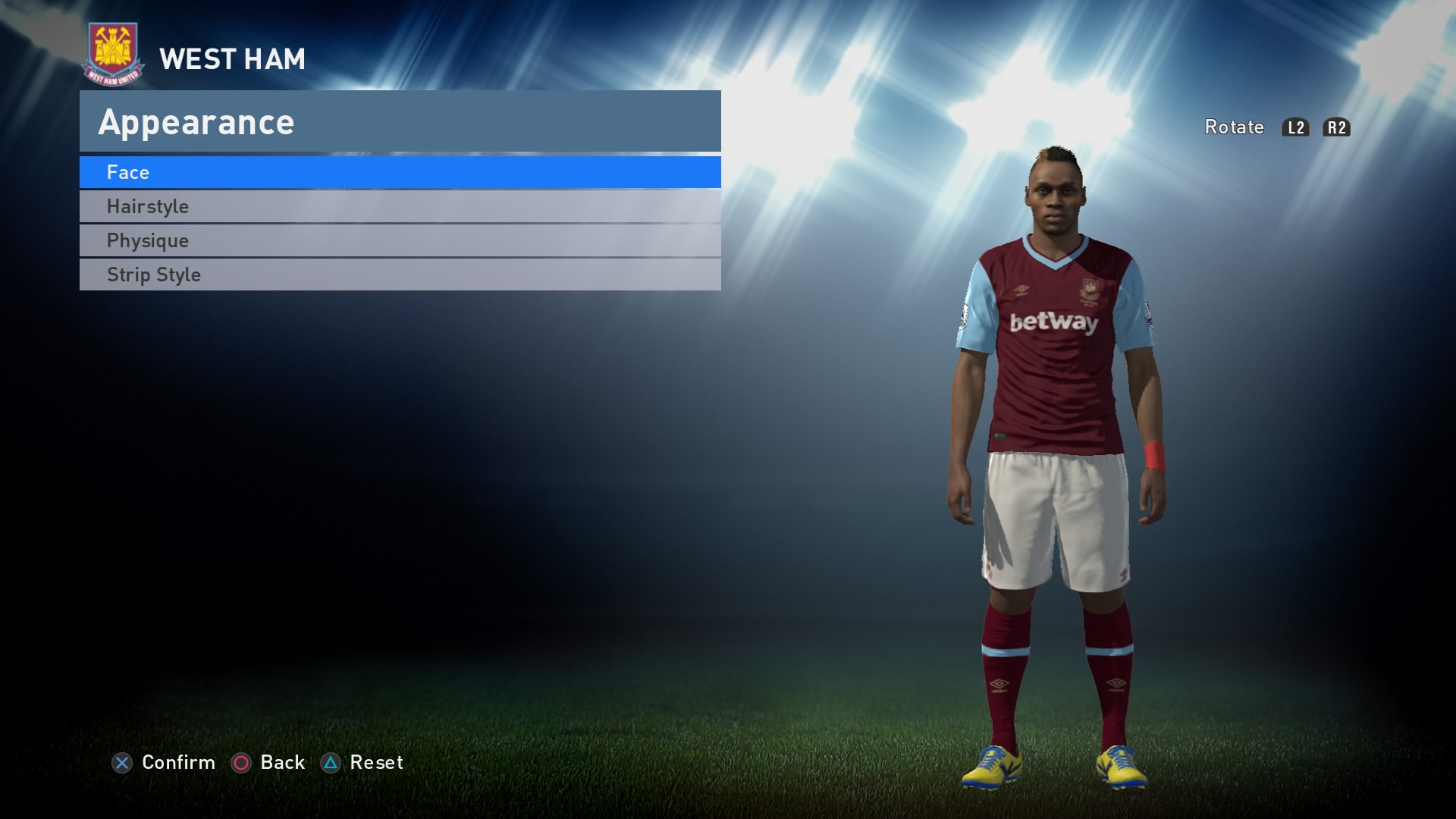