PES Live Update Week 4 information is now live! Full details of this myClub update can be found below. It coincides with Data Pack 1 which was released today.

Live updates are implemented to reflect players real life performances. They are now determined by arrow changes as well as changes in stats. Whilst the team try to implement these PES live updates weekly there will be occasions where there are no changes are made; these usually happen during international breaks. We will notify you on our Twitter and Facebook if this happens.

The below shows a list of notable players which fall under each form arrow this week:

These arrows indicate a player’s condition and form. Players with the coveted red arrow and orange arrows will be fitter, sharper and may even have increased stats. On the other hand players with the blue arrow or purple arrows will be sluggish, get tired quicker and will make mistakes on a more frequent basis. You should try and avoid playing players who are on these arrows. 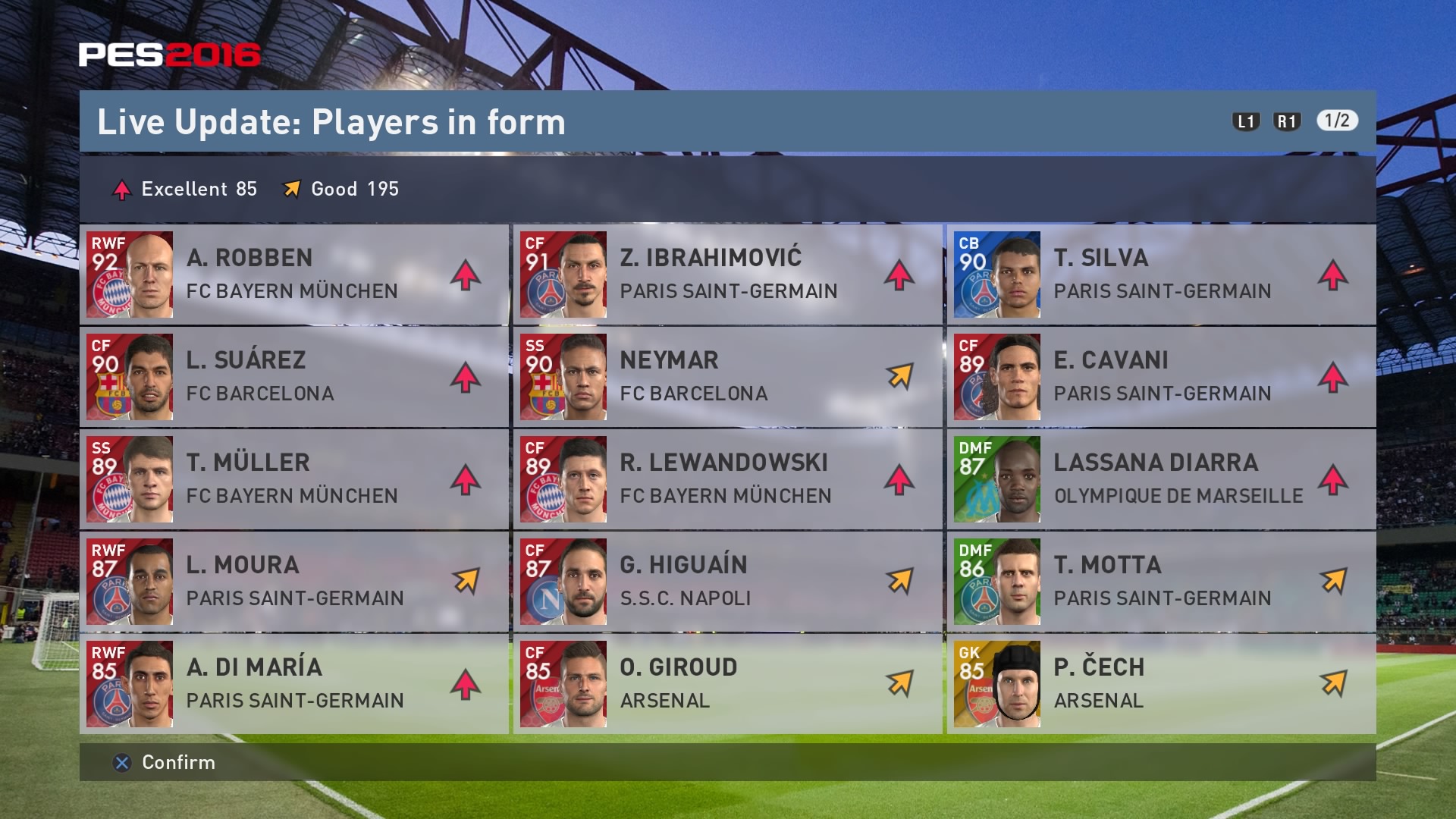 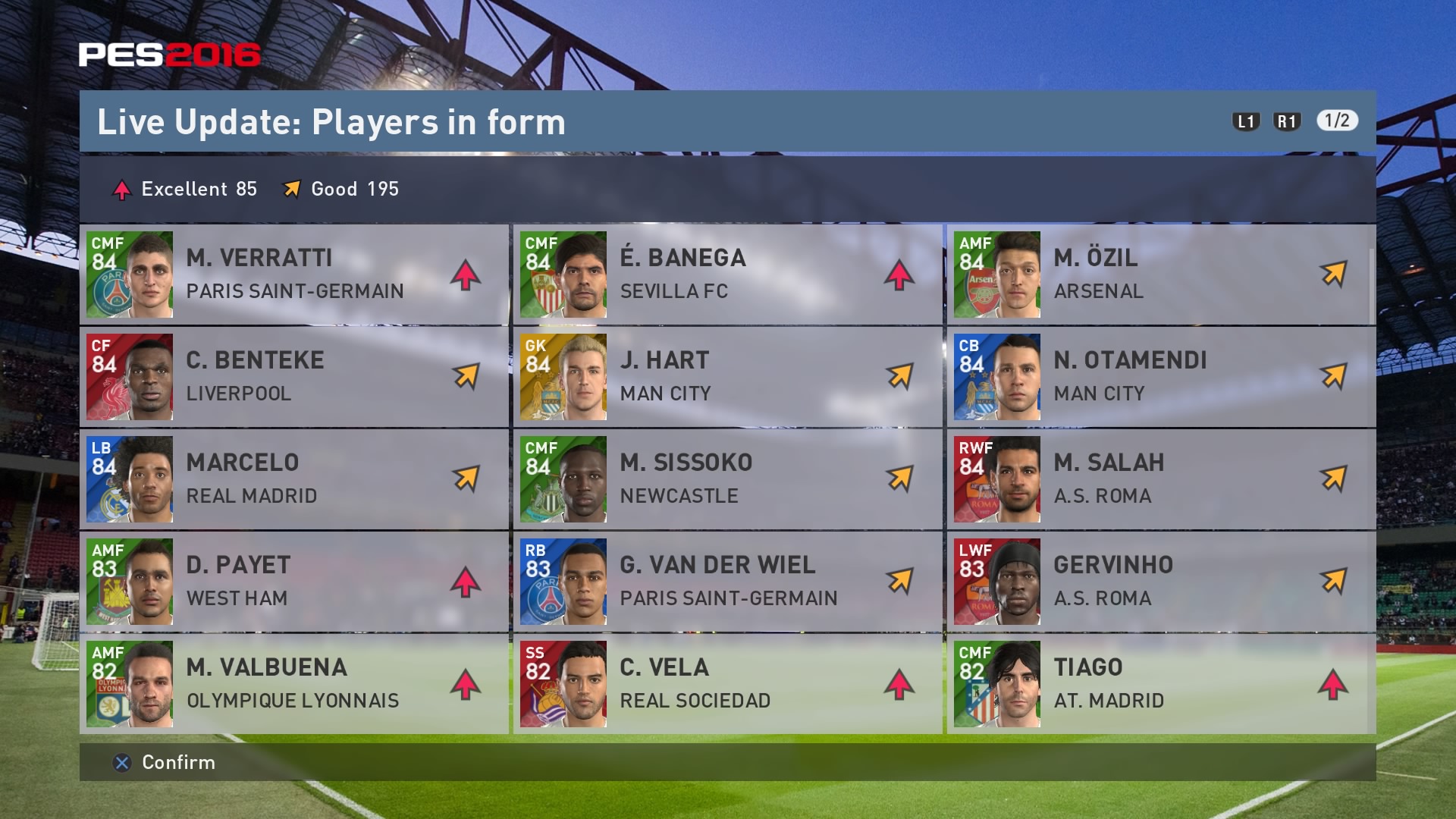 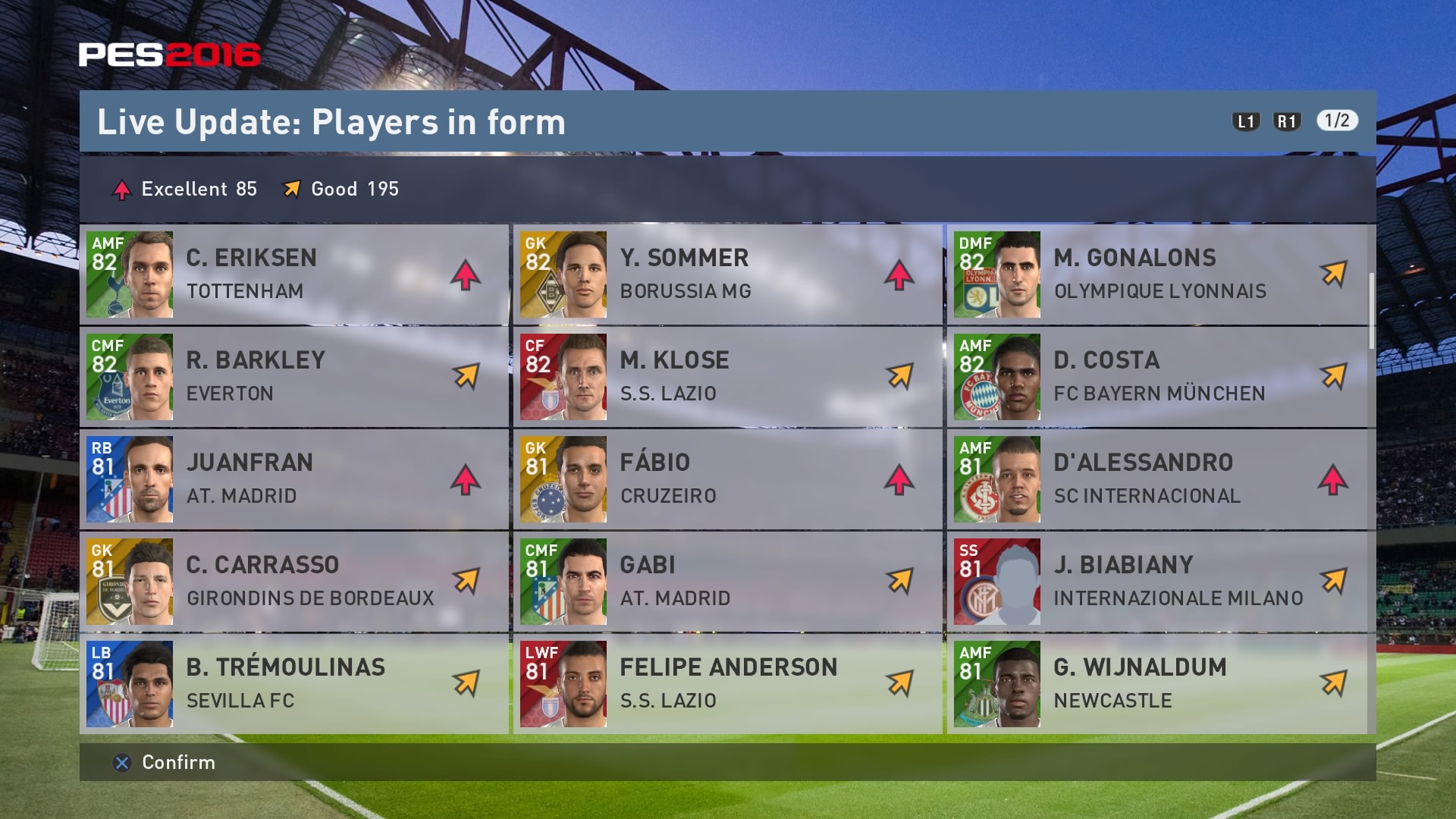 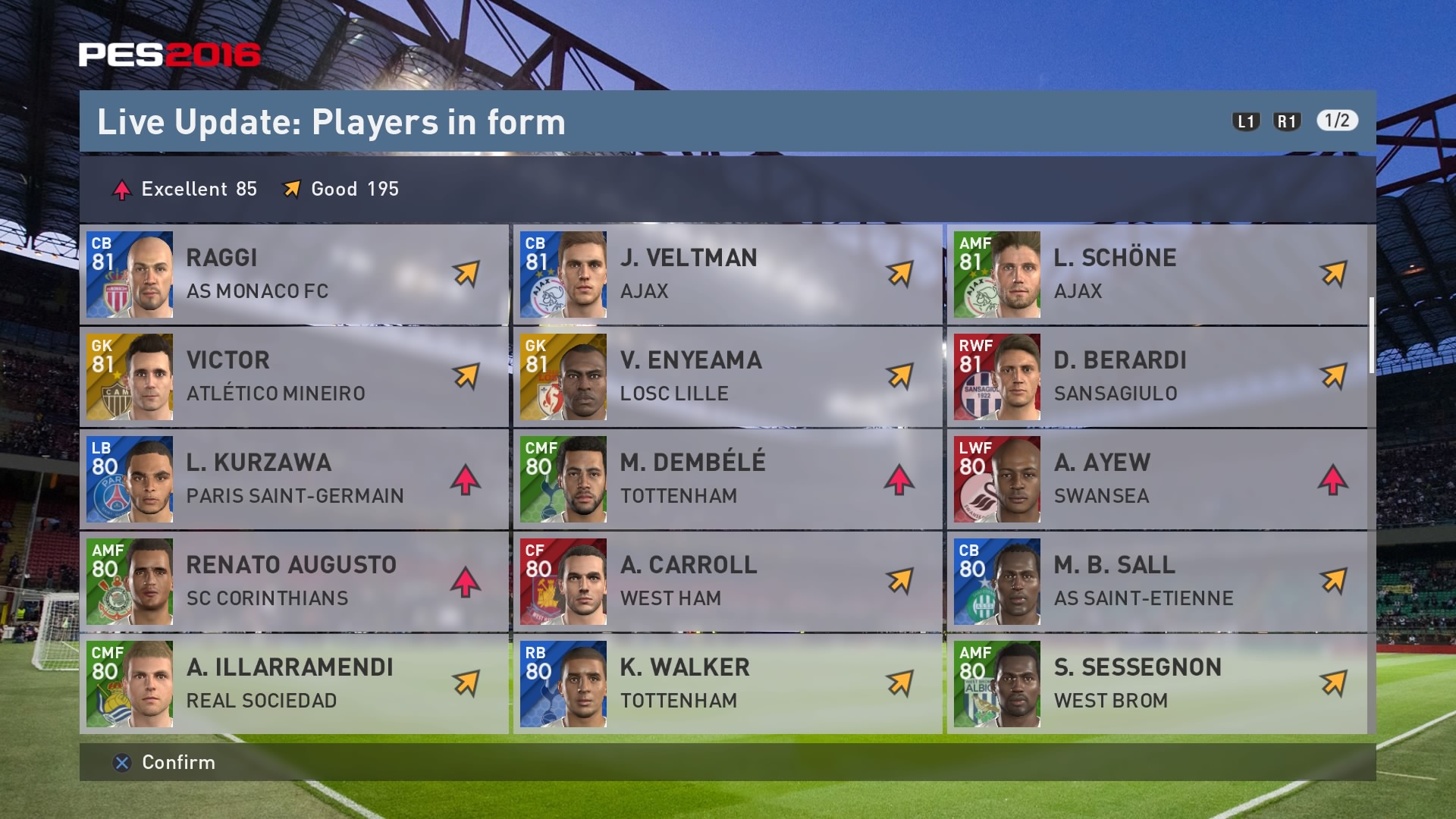 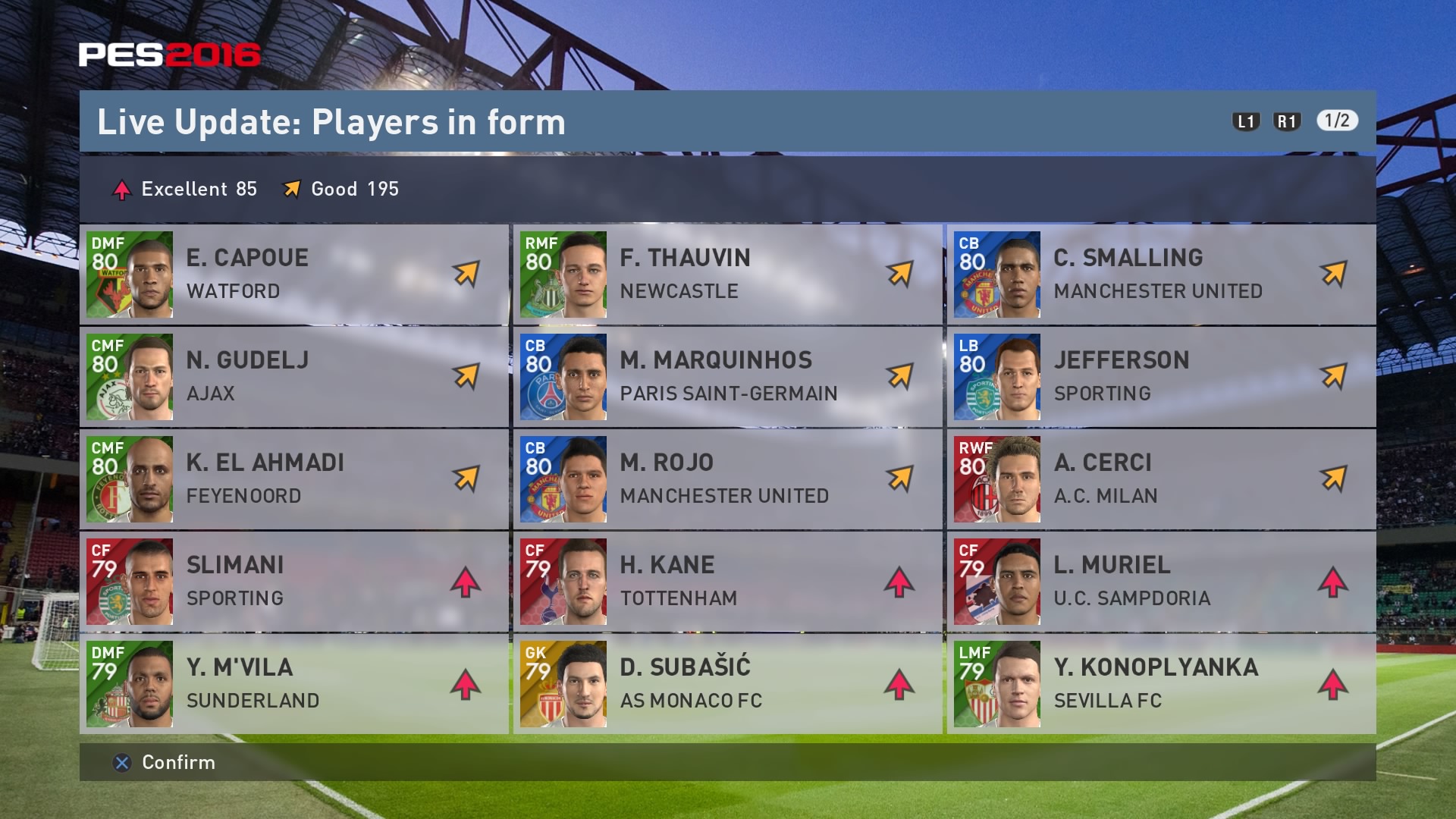 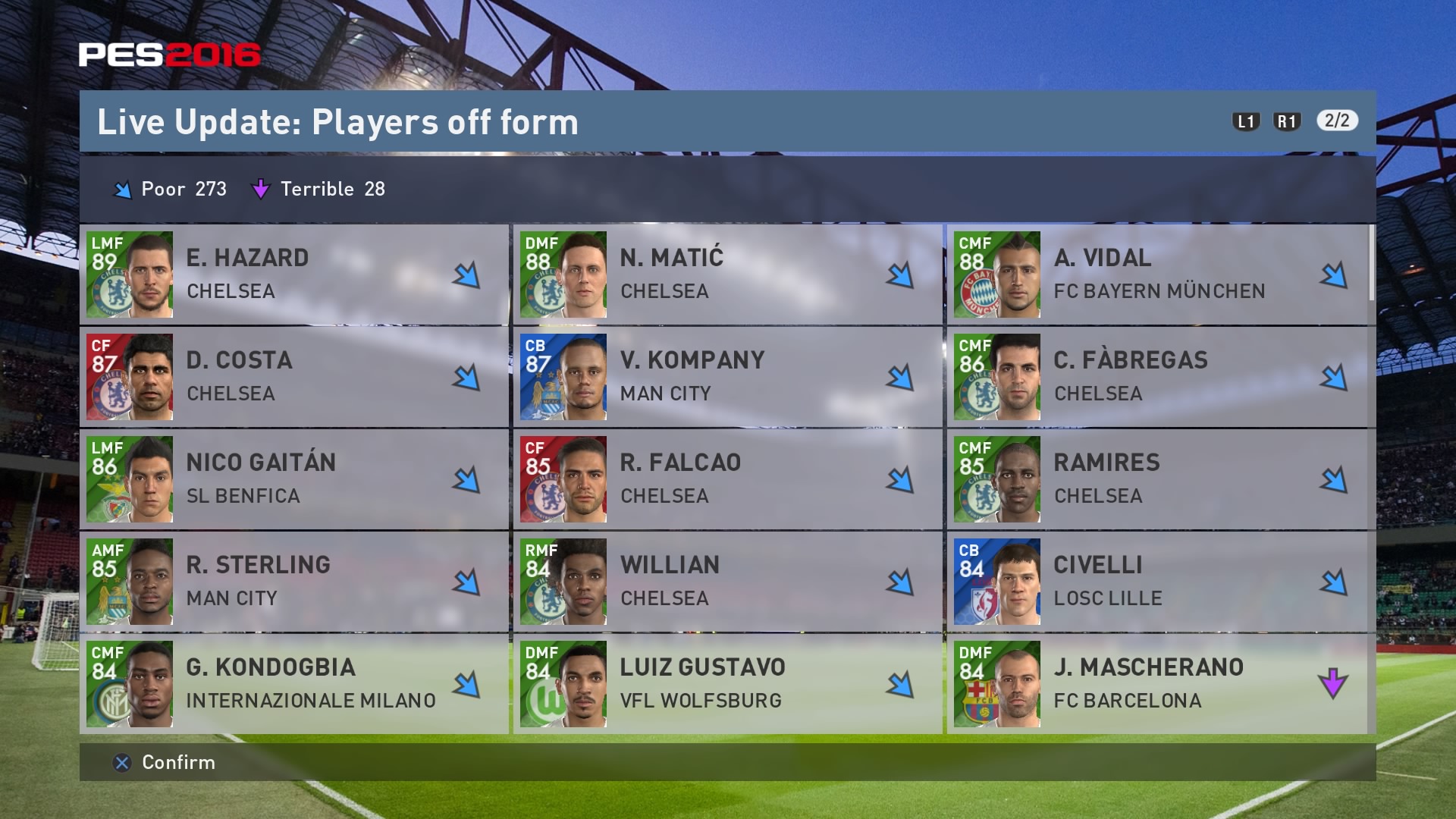 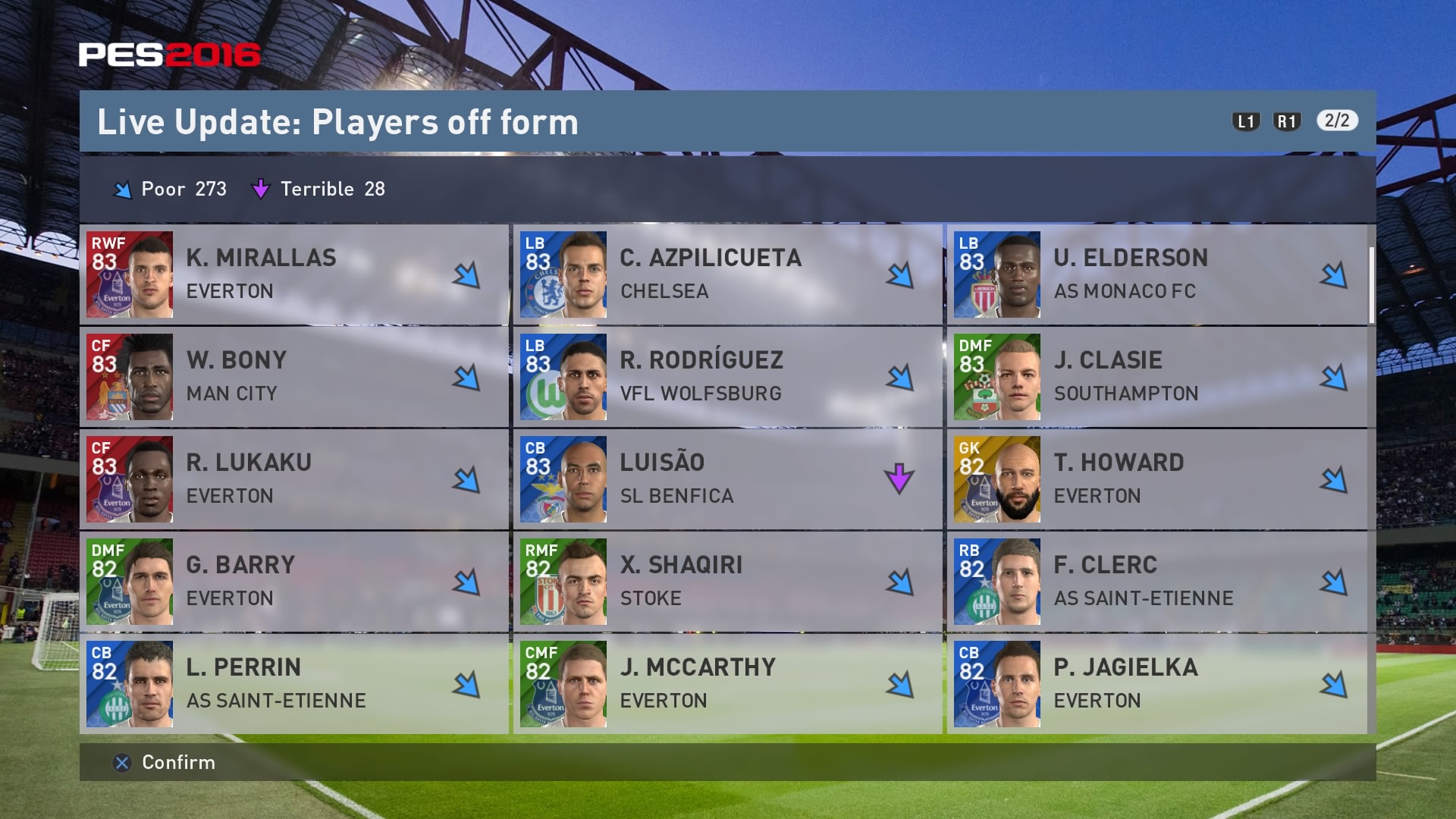 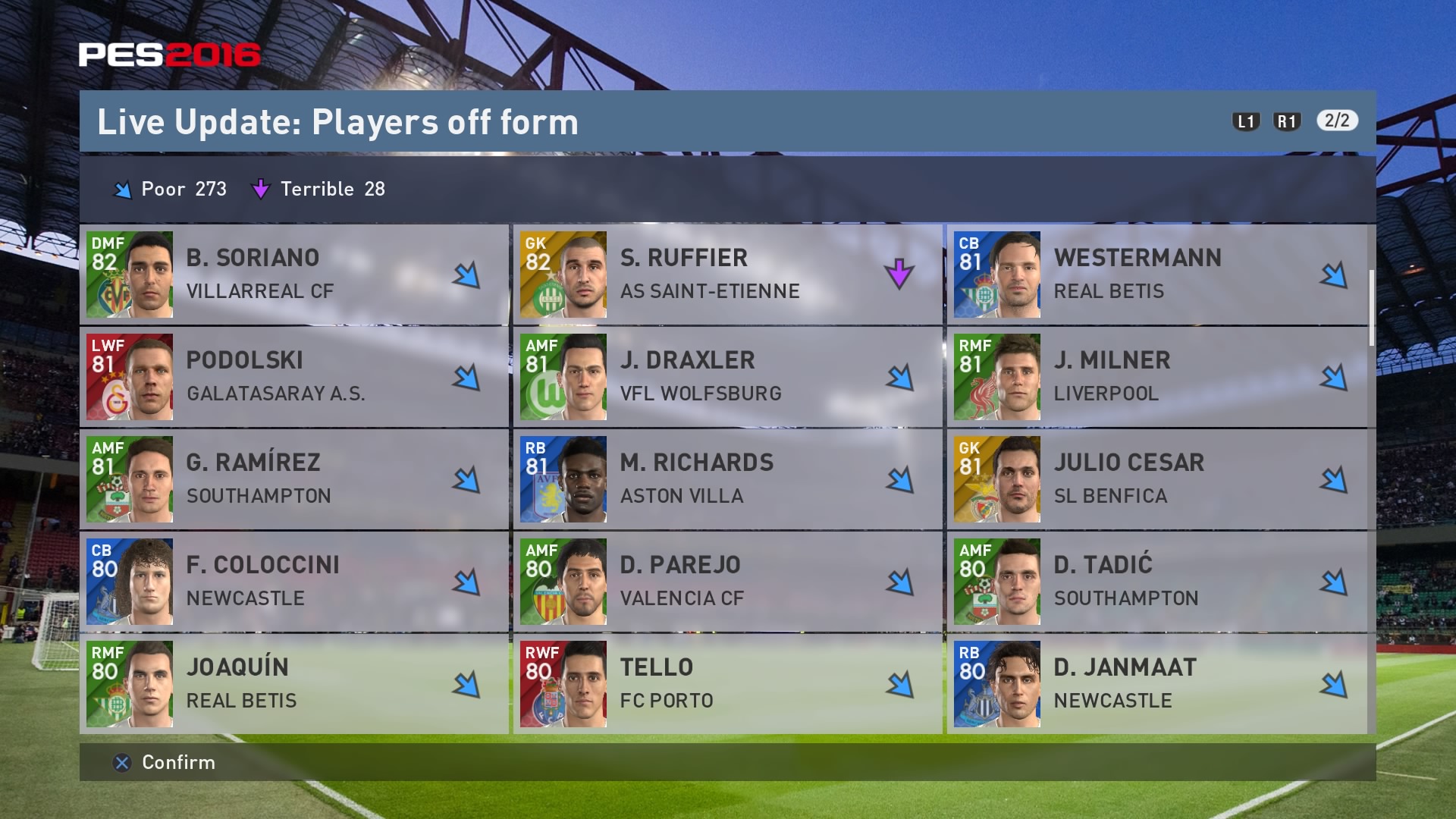