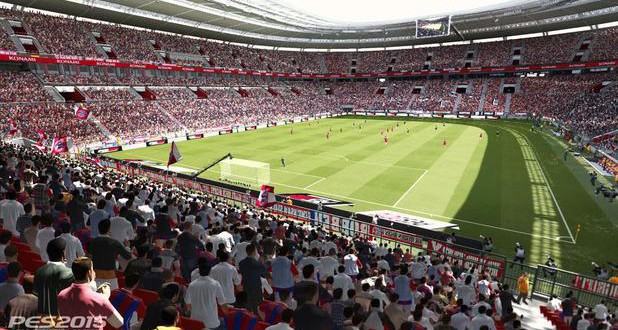 Konami have already made it clear myClub will be the PES equivalent of FIFA’s Ultimate Team. Of course they want to improve on EA’s already successful formula. The main difference from the early details being released is myClub will include managers and agents. This will add to the extent in which you can alter your team’s performance via tactics and will give you more realistic transfer options.

The agent factor will mean when signing players it has to go through an agent. The level of agent you have will determine the quality of player you’ll be able to sign.

More significant however, is the manager element. This provides greater control over your team’s style as well as increase realism. Therefore your team will only be able to play (well) to match with your manager’s skillset. For example, you won’t be playing Barcelona passing football with Tony Pulis at the helm and conversely a Sir Alex Ferguson type manager won’t be playing defensively!

Adam Bhatti, the PES European Product Manager, had the following to say regarding the manager element,

Should you have players that don’t work for the style of manager you have then you have two choices. Either you can adapt the players you have to play in a different way, which is a slow process but you can do it, or you can bring in new players. Players that understand their roles better means you have a richer understanding between them. That goes on to affect how effectively they perform on the pitch. We want to allow people to build the kind of team they want to use, but in a way that doesn’t force them to hit the transfer market and bring in a whole load of new players each time.

How does everyone feel about this news? Hopefully this will be the start of some healthy competition for popular Ultimate Team.