What do we know about the myClub legends so far?

Roberto Baggio will be the main player featured of the myClub legends. It has now been confirmed there will be additional legends. These include Roberto Carlos, Filippo Inzaghi, Luis Figo and Oliver Kahn. They will be available on 17th December. The stats of these legends, from PES Master, are shown below:

The introduction of past legendary players has proven very successful on Ultimate Team. Judging by this success and the anticipation from PES fans on social media it will be successful on PES 2016 also. Fans have have also been making their own PES legends dream team – check out the picture below. 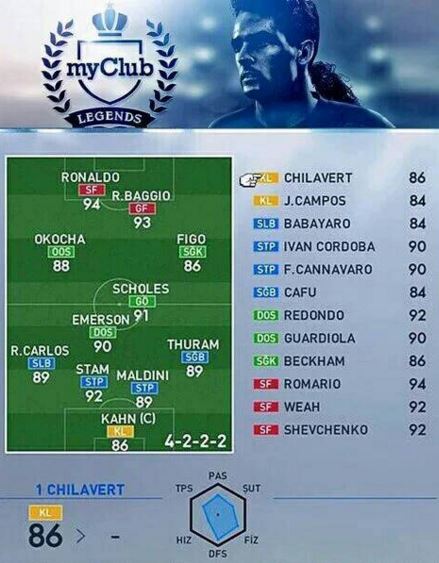 Konami have also released a trailer confirming all five legends: