myClub Leagues – Why They Are Needed

There are two contrasting opinions from PES fans in regards to the structure of myClub. One set of fans want myClub to be an avenue to create the best team possible, full of superstar and legend status players. The other set of fans want myClub to be a place where lesser teams can be pitted against each other (as opposed to Online Divisions) where their favorite players, who may not be rated highly, can be played with each match. These contrasting opinions have become more apparent since the El Clasico Heroes agent which has significantly strengthened all teams across myClub.

Unfortunately these two opinions cannot co-exist in the current structure of myClub. As a result the addition of a tiered myClub Leagues system is becoming paramount. This will allow PES fans to have a choice between creating a World XI team and creating a group of players that may have sentimental value to them that can be used without relying on overall player ratings. We will discuss the different ways in which the myClub Leagues system can be implemented below. 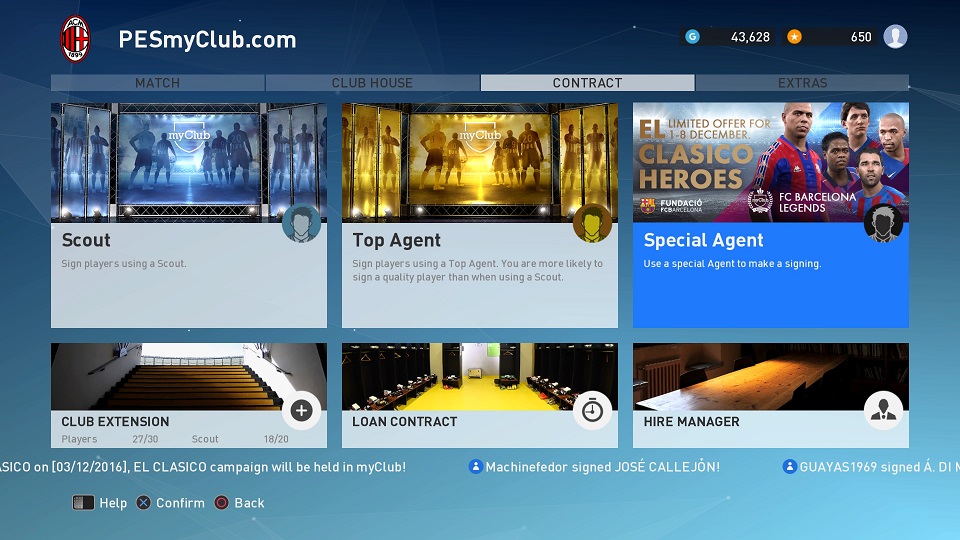 Using a myClub Leagues system based on ball colour could create a maximum of 5 leagues. However, 5 leagues may be a little excessive so we propose that white balls and bronze balls are combined. Another way to go could be having just the two divisions where white, bronze and silver would create the lower league and gold and black the higher league. It would be as simple as having no players who are from a ball colour above that league. Player eligibility would be as follows:

The initial managers on myClub allow a team strength of up to 280. This however is still plenty to create a very good team. A myClub Leagues system could be based on limiting a team’s maximum strength to participate in that league. For this method we would propose three leagues of the following: 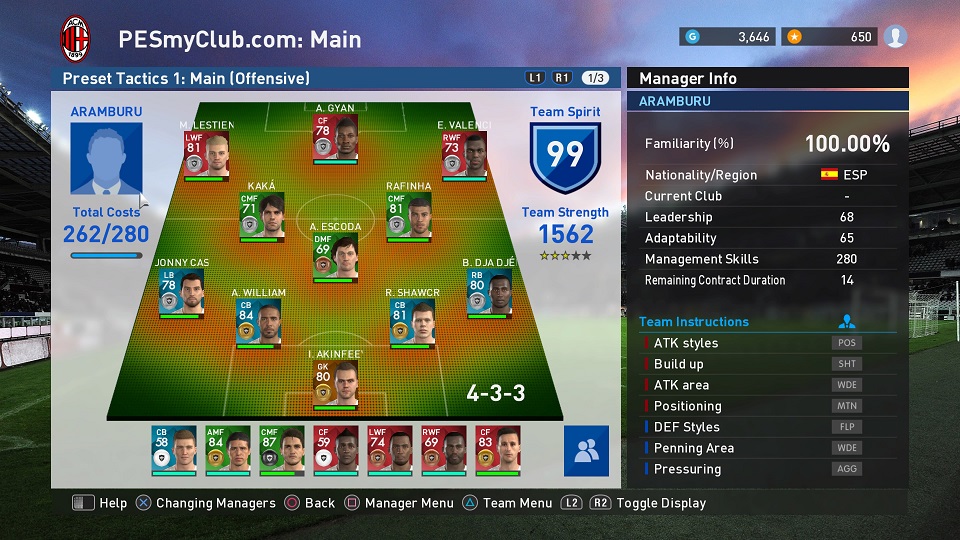 This concept is similar to creating myClub Leagues based on team strength. The idea of this method would be to limit the number of players you are allowed from a particular ball colour. This may be more appealing to some fans as it would pit the best players against the lesser players whilst making you have to be cautious with your top players stamina and use. Once again a rough proposal would be a three league system of the following:

myClub has made massive improvements this year but this is the one element that is still holding it back. The El Clasico Heroes agent has allowed all teams to have no worse than gold ball players throughout their team. We discuss this and what has made this year’s myClub a success here: