myClub in PES 2016: The Transfer Market

This is the first article that will be discussing the improvements needed for myClub in PES 2016. It will be an ongoing document so that any decent improvements you suggest can be added. The goal of this is to make myClub as good as possible for PES 2016 using your feedback.

The clearest difference between myClub and Ultimate Team is the transfer market.

On myClub players are purchased via agents. The player this agent will get you is always random, you cannot buy a specific player. These agents are broken down into high and low level. A low level agent will usually produce a low rated player and they are given to you for competing in myClub matches. The chances of getting a player with a rating of 75+ is minimal even when combining the low level agents. High level agents can be purchased anytime but will naturally come at a higher cost – 10,000GP. Whilst still completely random you can select the position of the player this agent will find, namely goalkeeper, defender, midfield or forward.

This agent method does have positives but for a game mode called myClub it is a little ironic it really isn’t your club.

Ultimate Team has a similar random method of purchasing players but compliments this with a player to player transfer system (see below). Their random system is based upon ‘packs’ as opposed to agents. The main difference between the two is packs entail multiple items including cards such as stamina recovery and multiple players. An agent on myClub will entitle you to one player only.

As a by-product of purchasing players through agents you are unable to put your players up for sale on a market where other users can buy them. This not only limits the interaction with other users but restricts all transfers to agents only.

Ultimate team does provide this transfer system between players and is very popular amongst the Ultimate Team fan base. It allows you to track a players’ value over time and to target the specific player you want.

There are some PES fans who believe not having a player to player transfer system is a positive as it stops users getting the upper hand on one another through understanding the economics of the market. This might be true but the majority have the opinion that it creates the environment for a pure market whereby a player’s true value is organically determined. For example if everyone wanted Ronaldo and nobody wanted Bale then Ronaldo’s price would shoot up to become even more expensive than he was originally set at but Bale’s price would decrease; this would contribute to making teams more varied whereby you wouldn’t see the same players all the time.

Most players agree that a player to player transfer system would enhance PES 2016. This would be a great difference in myClub and would change the dynamic for 2016 significantly.

Whether you can buy specific players through a player to player transfer system or via a player catalogue, being able to do so is an essential requirement for PES 2016. Setting overly inflated prices on the players that everyone want will discourage everyone from having the same world XI and will encourage further thought as to who to get. The player to player market can be overlooked as long as you are able to pick the club you want in myClub!

The final thought for the transfer market section is the loan option. This seems an unnecessary feature; it is just a way to manipulate your team on a short term basis to gain an advantage. This has been amplified by the ‘quality loan’ feature where you can buy the very best players on the game for anything from 6,000 GP to 10,000 GP. 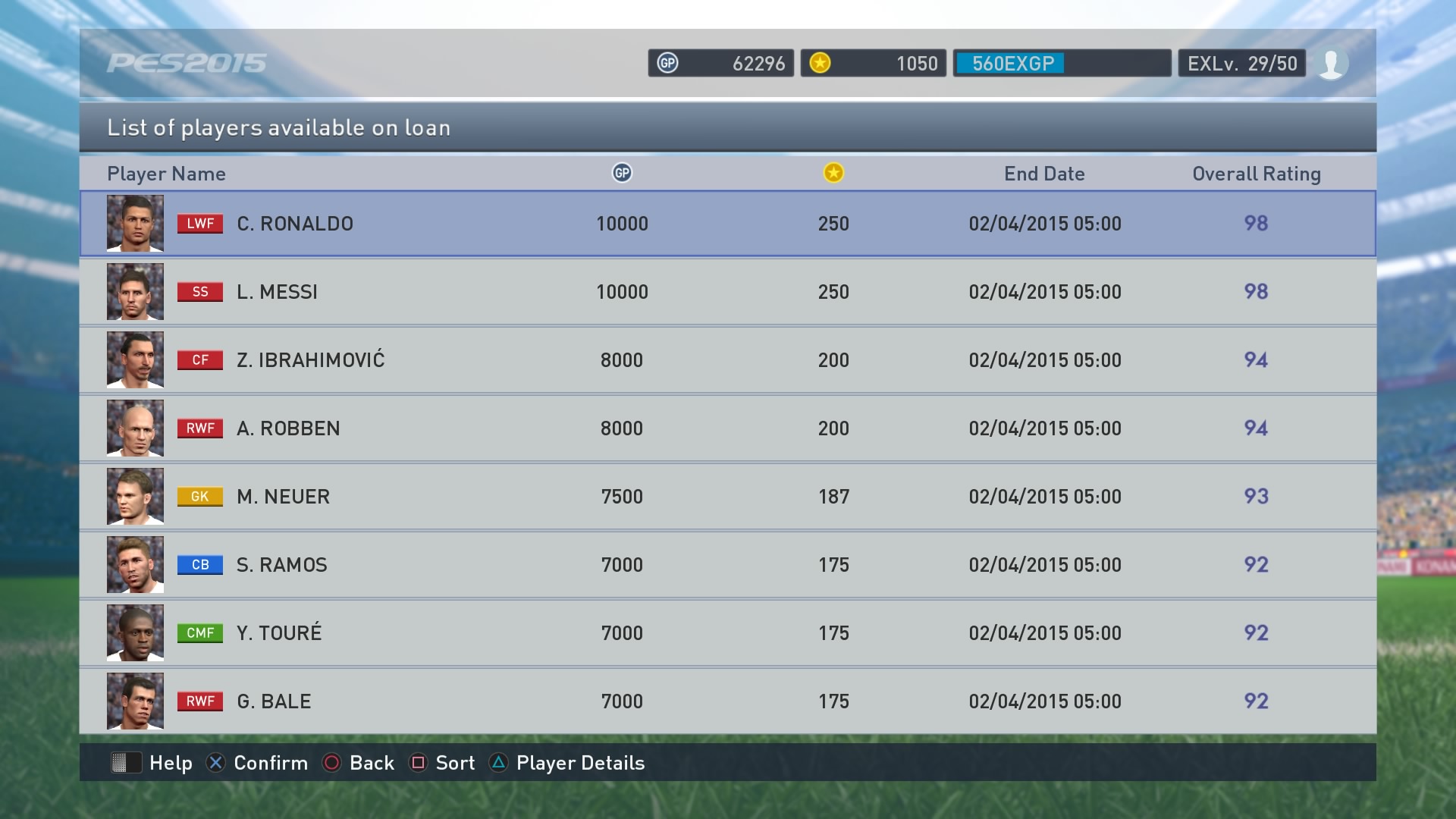 A good start, but some form of transfer market should be the first change implemented to PES 2016.