If you have played, or tried to play myClub in the last week you will have noticed the never ending “establishing communications”. This has made loading times unbearable for the majority of players. 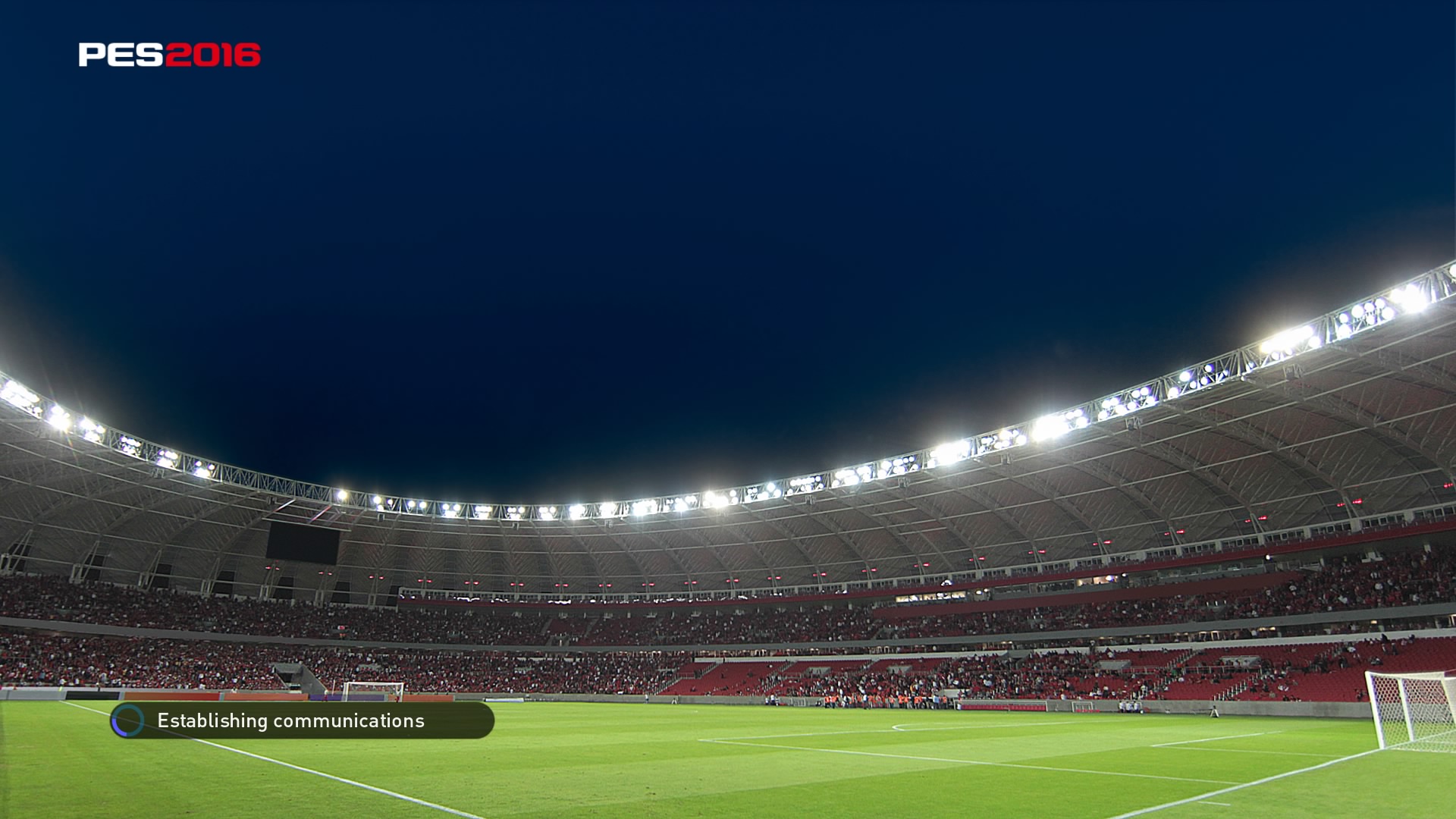 It hasn’t been confirmed but many speculate the recent release of the PES 2016 free to play version has caused this. The slow loading times started just as this was released. Whilst not directly confirming that this was the cause Konami did state that the issue was “caused by server overloading” which would all but confirm this. 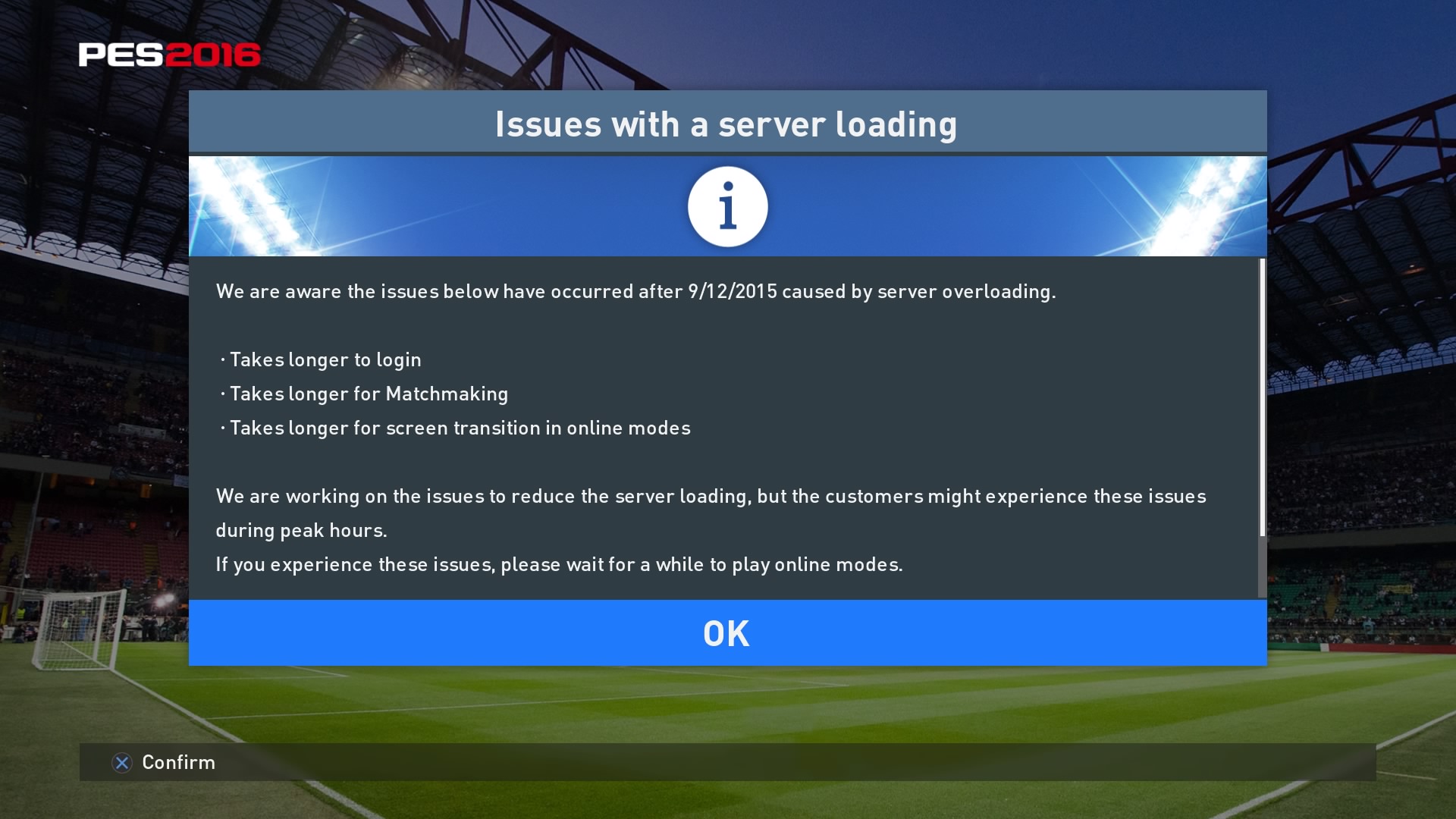 There hasn’t been any improvement since the issue started on 09/12/15. However, there is maintenance scheduled for tomorrow which has been alluded will fix the issue.

Konami have taken a lot of criticism from the PES community because of this establishing communications. Many PES fans are frustrated a free to play version has caused this because it has, at least temporarily, ruined the experience for the paying users. Whilst this criticism is fair given the issues it has caused the free to play version, in the long term, will only help the paying customers. The users who download the free to play version will likely be casual or new fans to the PES series and therefore it will be a way to introduce them to the game which will encourage them to buy next years game. On top of this if the free to play users want to have any success on the game they will need to purchase myClub coins. Hopefully this revenue will go towards development for future releases thus also giving the paying customer a better experience.

On a lighter note some PES fans have poked fun at the problem. Check out the pictures below.

PESEP made a custom kit whilst communications were establishing: 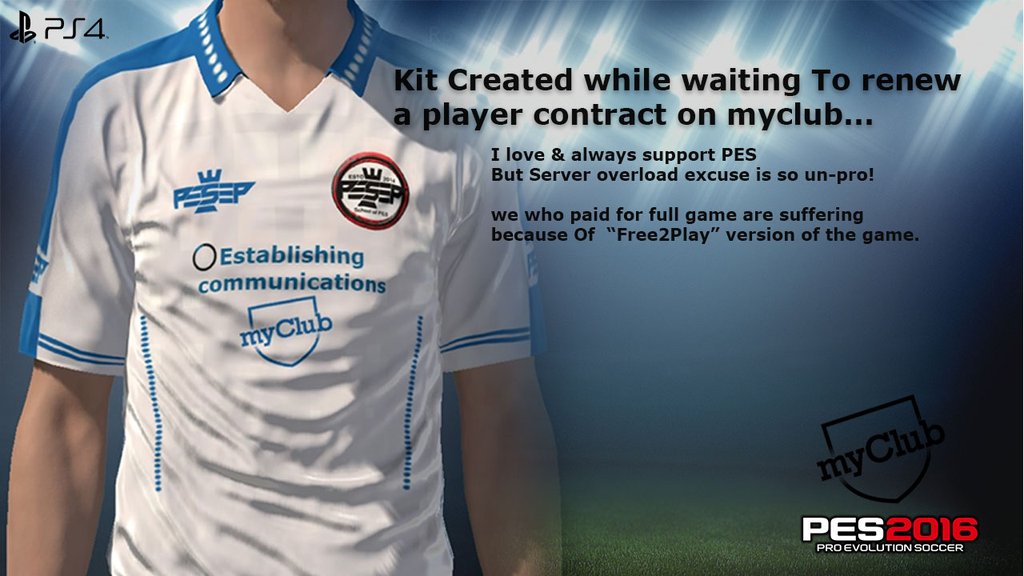 Another user went for a more classic dig at the establishing communications: 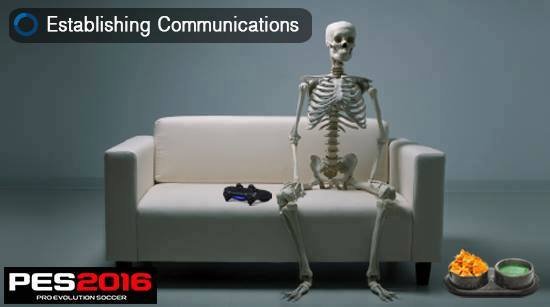