Changes that are needed in PES myClub

Part of the enjoyment in competing against other users’ fantasy teams is the transfer aspect between players. Auctioning, or simply selling off, your players should be part of the game. Currently selling even the highest rated players results in a very stingy amount of GP being compensated – 10 game contracts cost more than you can sell them for! Player to player transfers would add the element of predicting player statistics ahead of time and would reward users when their players do well in real life.

We originally thought the quantity of elite players had been distributed correctly. However after seeing Gotze, Robben and Zlatan in nearly every other team we retract this statement.

At first, buying players through agents seemed an unnecessary feature. However, since then it has grown on us. Combining the agents to increase the chance of getting a higher rated player is theoretically a nice touch but the actual process seems to do very little in what player you actually get. There has been a lot moaning on Twitter about the irregularity of which agents will give you top players, even the expensive agents, but we like this as it keeps the teams random; nobody wants world XIs throughout myClub.

It would be good if myClub could facilitate an option to buy specific players, perhaps at a premium. Purchasing players through agents and therefore getting random players as opposed to specifically chosen ones will always divide opinion so for Konami it is a difficult aspect to get right. If they do decide to implement both methods of obtaining players it would be good if the number of each player available was reflected in their price, i.e. if everybody had Isco then he would be more expensive.

When we originally discussed what could be improved in myClub we stated the following: “The introduction of team spirit has made users more conscious of the team they are selecting. No longer can you blindly select 11 players and expect them to gel. Making sure your players share the same philosophy as your manager has now become paramount. If your manager likes to play the long ball and/or go from wide and the players you select are the opposite of that, this will be reflected in your team spirit and therefore in results on the pitch.”

Unfortunately after having played this a lot more this doesn’t hold true. Team spirit, and the factors which your players need to gel with their manager, can now be earned by playing games. If for example Balotelli is a player who doesn’t like to pressure, quite rightly so as this is an accurate reflection of real life, you are able to play x amount of games with him and eventually he will tick the box of the ‘pressure’ factor and be able to link up with that manager under that characteristic. This shouldn’t be the case. Players’ characteristics should be fixed, i.e. if they don’t link with a manager’s strategy when they first play they won’t several games down the road. Essentially team spirit should be harder to gain as this will result in a more well thought out team and avoid teams like the following (on the right) having massively inflated team spirit. 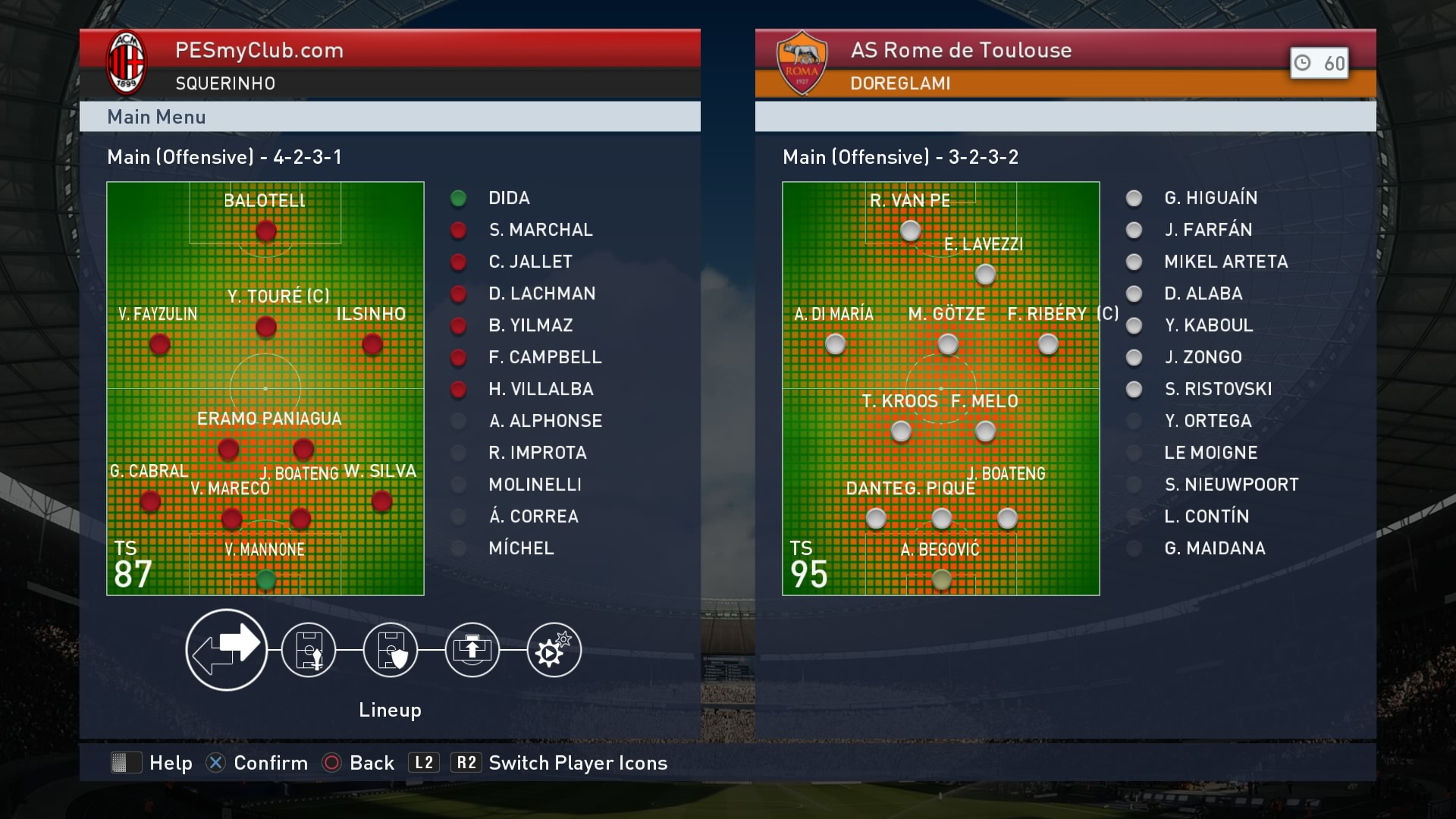 Another statement we made about team spirit in an earlier review was: “Whilst this feature is a welcome addition it does seem overplayed at times. Playing teams with a significantly higher team spirit than your own with a similar strength rating invariably ends up in a frustrating loss. Elite players such as Yaya Toure will misplace the most simple of passes or even get easily shrugged off the ball just because the other team’s team spirit is high. Agreed, it would be reasonable for a high team spirit to make that team’s players perform better but it shouldn’t decrease the other team’s player’s abilities.”

Once again, after playing myClub a lot more this still does hold true but with the changes in earning team spirit this would be a factor we’d be more willing to accept. In addition to this teams with a very high team spirit (90+) are far too common. There should be a distinct trade-off between team strength and team spirit.

myClub has great potential and in some ways has already surpassed the highly successful yet flawed Ultimate Team. There is however, nothing wrong with copying features when they are done well. Ultimate Team have a very good system of determining team chemistry (in their terminology) whereby it is calculated on a direct link between two players; myClub seems to do the opposite where it is based on the team as a whole. Put into real terms if you have Ronaldo upfront with Messi just behind him this should result in a very low team chemistry for multiple reasons including they play for rival clubs, Messi is very one two orientated whereas Ronaldo isn’t and most importantly they are bitter rivals! On the other hand if you have Iniesta and Xavi as your central midfield partnership their chemistry should be through the roof because they both share the same philosophy of quick passing, share the same club and country and have a proven relationship in real football. This isn’t to say players who have never played together in real life can’t have great chemistry but you get the point! A team is built on philosophy and balance, not 11 individuals, no matter how good they are.