Before we review the PES 2017 gameplay it should be noted that this is the first build of PES 2017. Therefore it is just that, the first build that Konami have allowed anyone to play. Given this there is still three months worth of development that can be put into the game and therefore the game may change and, likely, improve. We played around 7 games and watched a lot more, in total it was around 8 hours of solid PES 2017. There is no official confirmation of the teams that are licensed this year but we were able to play with Arsenal, Atletico Madrid, France and Germany. There was the ability to change the general settings, weather etc and to play around with the new advanced tactics. The formation however could not be altered in this build.

Generally speaking PES 2017 feels like a refined version of PES 2016. We will discuss the individual gameplay aspects separately but the biggest overall change in feel is the physicality of the players. Whether it is the added emphasis on player collisions or the added weighting to the difference in strength attributes, it was certainly noticeable. Player attributes now have a greater effect on what they’re capable of on the field. Before it almost felt that you could get away with poorly rated players in certain situations; this is no longer the case as if a player is stronger, faster, better at passing this will reflect in the game. It created a more realistic match whereby you were no longer playing a simulation but getting closer to being in an actual football match. This is indeed a strong claim but warranted. This was probably the biggest change in terms of overall handling of the game. 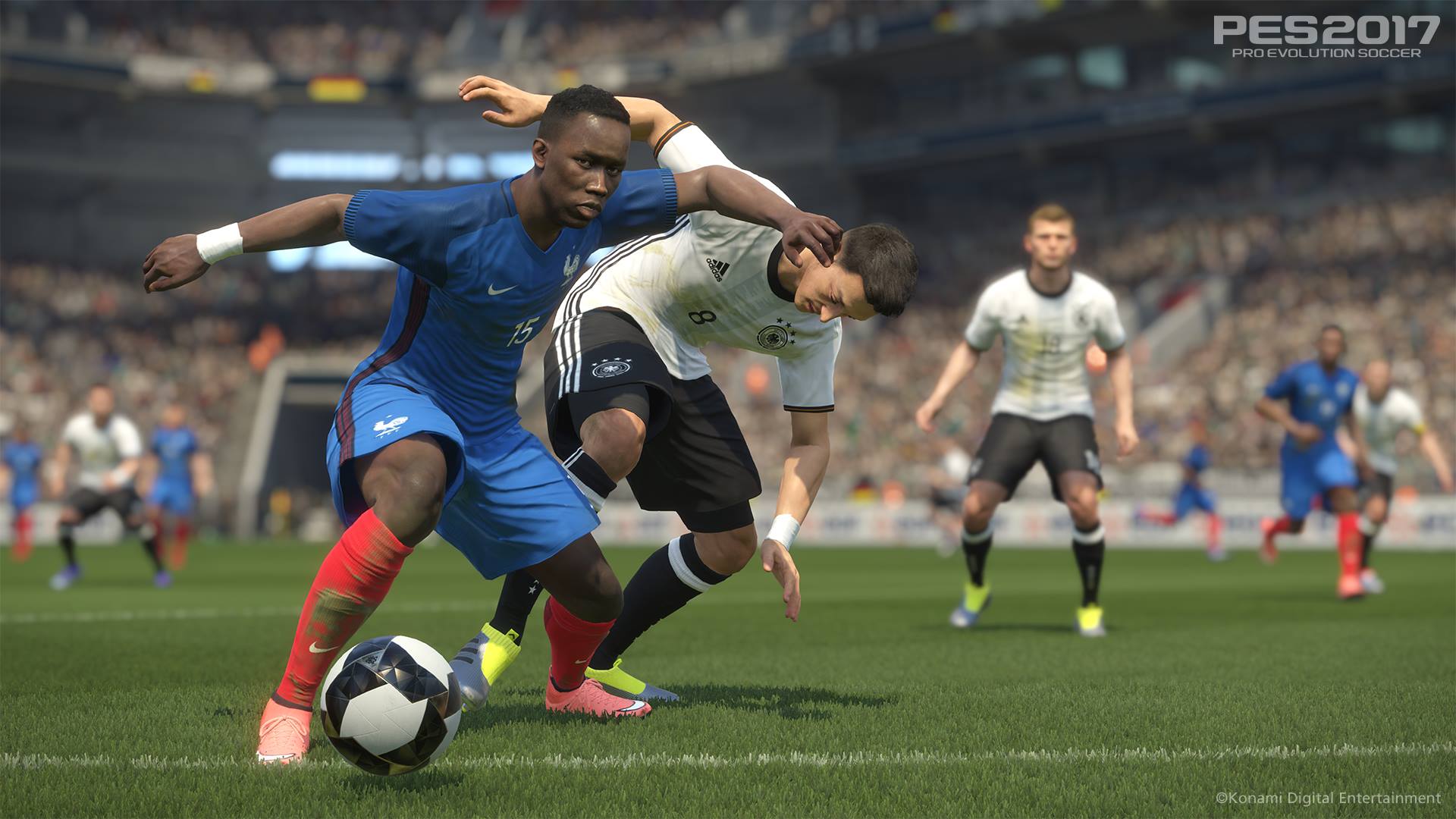 Elsewhere there is a noticeable improvement in graphics, although not ground breaking. In fairness though, PES 2016’s graphics were already stunning so any kind of improvement is an achievement. The biggest graphical improvement comes in the detail of players, face and hair detail are now on another level. Another improvement to note is the pitch, it is more detailed and the textures are far more clear.

Now, let’s talk about some individual aspects in detail.

PES has always been famed for its exciting and realistic shooting – PES 2017 will be no different. There were criticisms in PES 2016 about the repetitiveness of some goals which were fair. These on first impressions have been well and truly eradicated though. No longer can you rely on the finesse shot to the far corner. When using this technique it will find the net at a much more appropriate rate which in turn creates a greater feeling of satisfaction when you do score. There were also complaints about the over effectiveness of near post finishing. This wasn’t a shot we tried ourselves but there didn’t appear to be anyone else exploiting it either. Remove repetitive goals – check. 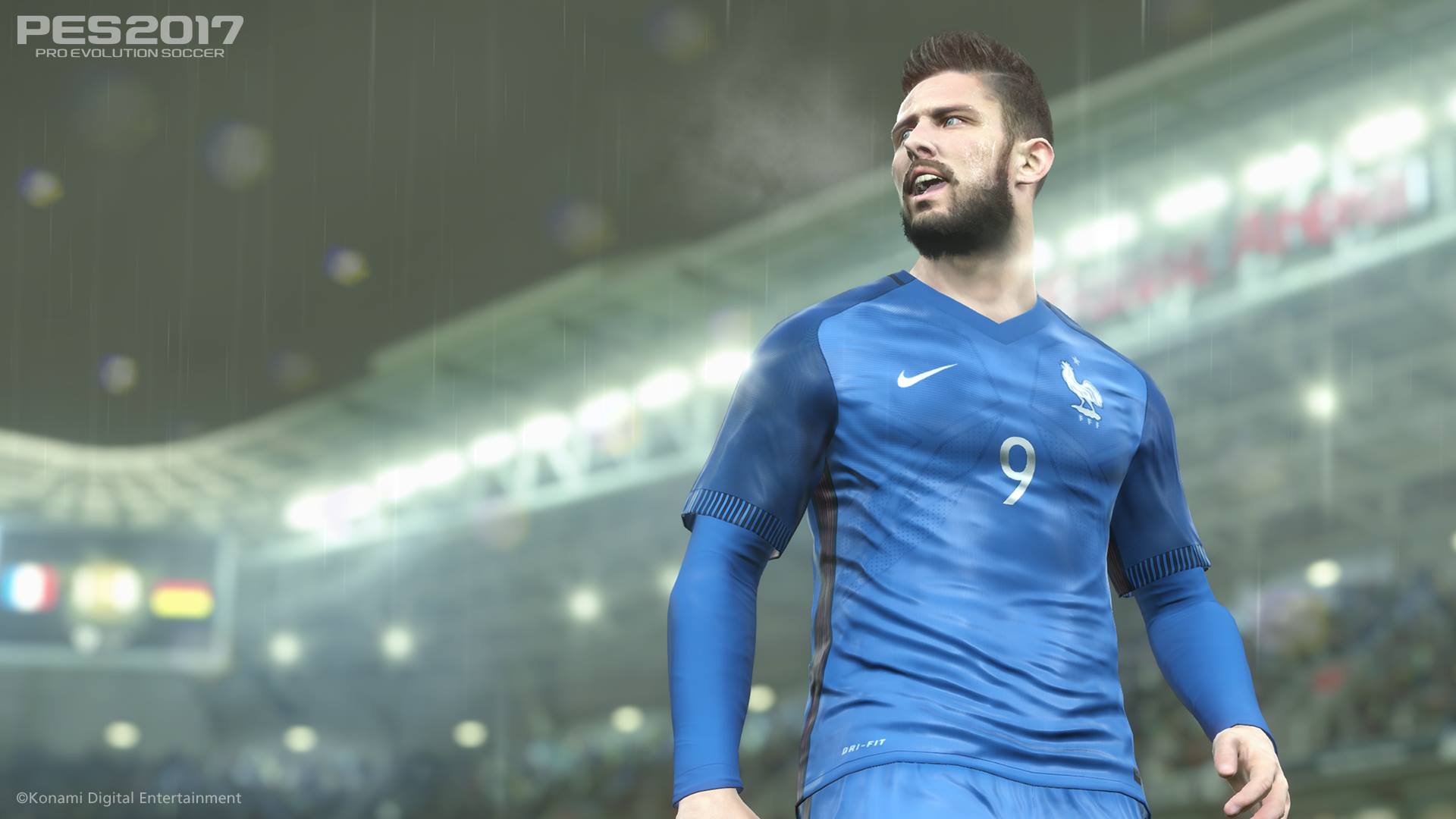 In classic versions of PES, think the PS2 days and early Xbox 360/PS3 iterations, shots were hit with greater speed. This was more pleasing than a slow finesse shot that appeared to loop into the top corner. Fortunately Konami seem to have increased shot speed once again; even finesse shots have a bit more of a curling feel as opposed to a looping one. Admittedly, we didn’t have the time frame nor game time to see if certain shots would repeat themselves but there was more variation in the trajectory and placement of the ball. Some would fly barely over, others would nestle in the bottom corner and others in off the post half way up the goal. It is this variation and unpredictability that will keep PES fans playing game after game. In summary the increase shot speed and greater variation has made shooting like very promising for PES 2017.

Similar to the physicality the passing element now feels more like a real match of football. The ball glides across the pitch in realistic fashion which either creates a feeling of fulfillment when you find that killer pass or a brief moment of frustration if the ball is to skip out of play but an acknowledgement that will happen sometimes in football.

Before playing the game some reviews claimed that the PES passing system was more forgiving. This isn’t true and if anything the opposite can be said. Passes do feel more authoritative and the new feeling of the ball whereby it appears heavier does help the satisfaction of playing a possession based game. That being said there is little room for error. Choose a pass where the defender can intercept and they probably will. This is not a frustration but a welcome addition because the game manages to encourage you to play the beautiful passing game but will punish you if you try to keep the ball excessively, especially in the wrong areas. The beauty of this is the optimum strategy, at least at these early stages, is to play a quick passing game even though it will punish you if you make a lapse in judgement or are being too negative.

Passing, another aspect that should be looked forward to in PES 2017.

The more aspects of PES we discuss the more we realise PES is drifting toward a football match simulation rather than a game. Dribbling is just another example. Classic PES games would have a greater emphasis on dribbling as being a strategy to win you the match. This just is not the case anymore. On PES 2017 it appeared extremely unlikely that you’d be able to pick the ball up deep, burst past a defender, skill another and finish… and rightly so. These type of feats should be unlikely as they are in real life. Dribbling in tight areas to create space, a la David Silva, is on point. With a little finesse and keeping body between ball and defender you can get out of tight situations. This is all whilst actually feeling the defender attempting to get the ball. Additionally, more so than previous versions of PES, attributes make much more of a difference this time around. A prime example being if you’re trying to keep body between the ball and Paul Pogba it is likely he will dispossess you – he has high strength statistics. 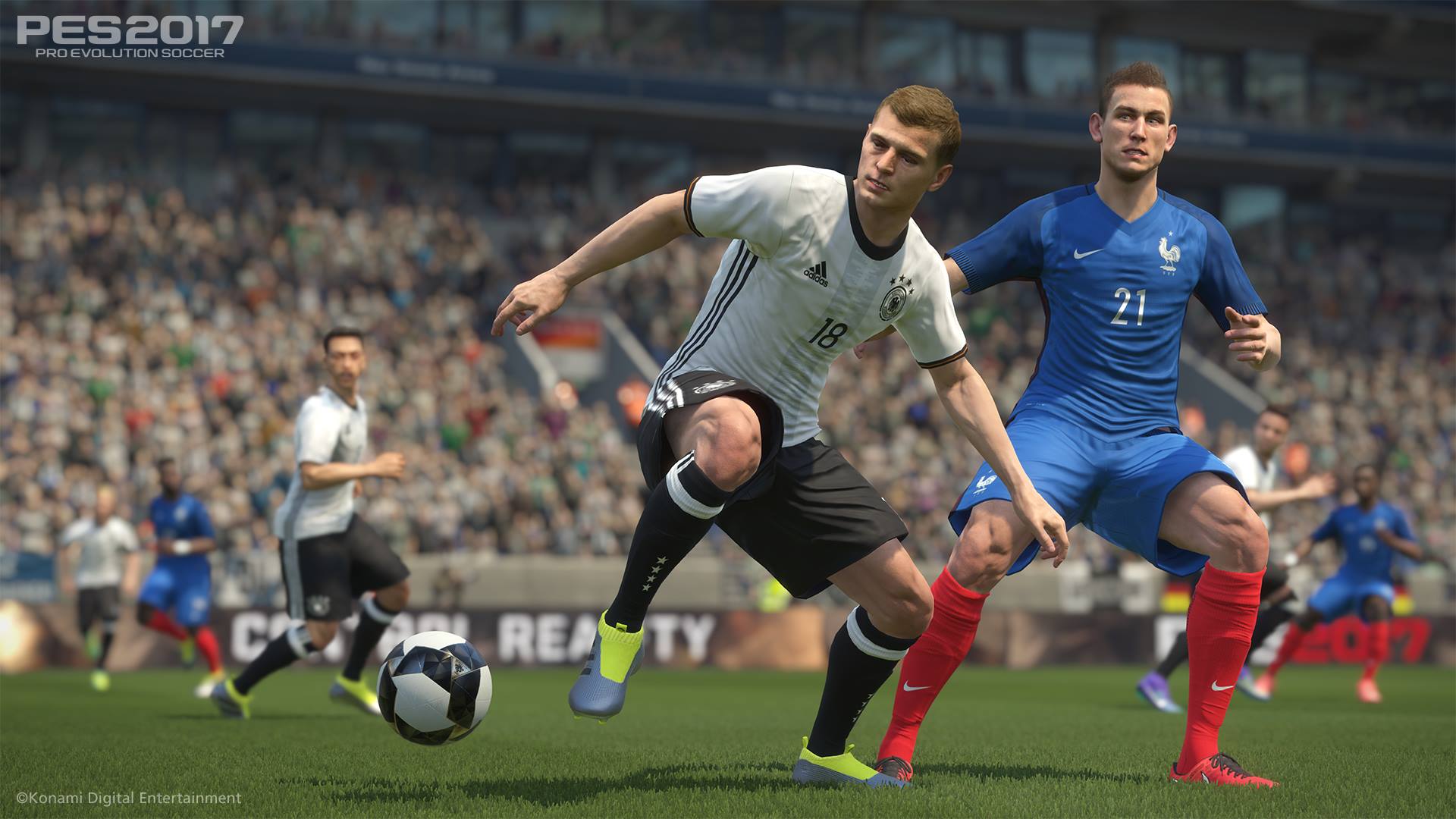 As many of you would have seen in the leaked controls there is a new dash dribble feature. Unfortunately we couldn’t get to grips with this but we’re hoping it allows you to burst past a defender when bringing the ball to a stop to entice a defender in. Alternatively, it could be similar to the FIFA toggle feature, or used for both.

Skill controls are similar, if not the same as they were in PES 2016. Whether you like them or not is entirely your own personal preference on how they’re implemented. General feedback suggests a difference of opinion on this; many do like them but it seems an equal amount don’t. In previous articles we have expressed the view that assigning a chosen skill to each direction on the left analog is the better control method. This was last used in PES 2013 or PES 2014 and whilst it does have its flaws this is nothing that couldn’t be resolved by only allowing players with certain attributes be able to implement a particular skill.

Corners: Finally. Corners seem to be have completely reworked. Now, it may have been because we were all football purists at PES Day but there was only one goal scored from a corner and that was a unique one. We all had those infuriating goals conceded on PES 2016 from a corner where it felt as if you were powerless to stop it. Well, on PES 2017 that seems to be no more. Excellent.

Free Kicks: The same can’t be said about free kicks… just yet. Unfortunately free kicks were still as easy as moving to the corner and powering up half way on the gauge to see it fly in top corner. Gameplay is still being improved, tweaked if you will, and free kicks were at the forefront of discussions. The team at Konami are well aware of the ease in which you can score goals and the idea of moving back to the classic PES free kick system was actively discussed.

Many have proclaimed that goalkeepers are the most significant change from PES 2016 to PES 2017 – they may be right. Goalkeepers feel sharper, more intelligent and there are more types of save they will make. Essentially they have taken a leap to being more like their real life counterparts. The biggest change is the new saves they can make which in turn creates a feeling of greater satisfaction when you do score. There were no more silly, frustrating mistakes either. We’d recommend using the superstar setting where goalkeepers are better but if you do prefer easy goals then you can always put the game on regular. A significant improvement which Konami are correct to laud. P.S. goalkeepers can come up for corners now!

Let’s break tackling down into three parts: normal tackling (double tap pressure), pressuring and sliding. Normal tackling has remained the same. The double tap pressure to put your foot is similarly effective to PES 2016 which means it could probably do with becoming more effective. The notable changes come in pressuring and sliding. As mentioned at the start of this article the physicality of PES 2017 is very different. This has caused pressuring to be a far more effective tool to utilise and the effectiveness is now also dependent on the player who is pressuring attributes. Francis Coquelin is an excellent example of someone where if they are being told to pressure and they can see a bit of the ball, they are most likely to get it. This is great because you become conscious of who you pressuring with and of course it simulates a real football match. Finally, the slides tackles. Hardcore PES players quickly realised you were able to spam slide tackles on PES 2016 due to a combination of the leniency of referees and the game mechanics of sliding. Luckily this has been resolved on both fronts in PES 2017 – referees are far stricter (could probably do with being stricter still) and the slide tackle is generally less effective but still inline with real life.

There are more animations than ever before and this comes from all over the pitch. There adds a new dimension of realism and the great thing is there are still animations being worked on. Animations are an integral part of the game because the more there are the more exciting games will be as it will become increasingly difficult to replicate the same moment again. There are infinite animations in a real match of football and the closer Konami can get to this the more authentic games will look. Nobody likes scoring the same goal twice!

Konami have been very excited about their adaptive AI. This includes new elements such as the computer detecting when you pass to one player all the time, whether you play through the middle or out wide or whether you’re direct or prefer a slow build up apprach. Unfortunately as we were playing and watching offline games between players our experience of this was limited. From the perspective we have the AI looked good. The computer did no silly unrealistic errors that we can remember.